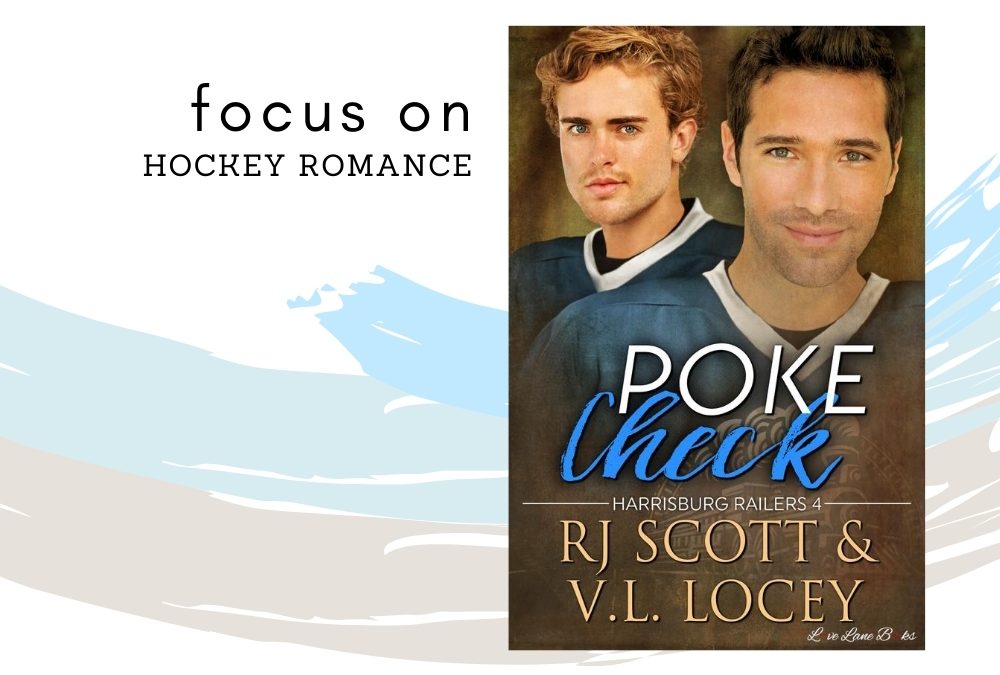 With expert-level on packing for a trip out with Noah achieved, we were on the road. I’d changed twice already today, once because Amy had got a little sick on me, and the second because Noah had found a new game of flinging-the-cereal-and-milk-right-at-Daddy. The world was conspiring to make my morning from hell worse, but at the stoplight, I reached over to Noah in his reverse baby seat, and he gripped my thumb tight, blinking at me with those huge green eyes.

We made it to Capital Ice Complex with half an hour to spare. I’d got there, yep, and my gear was inside the arena. But I had a baby with me. My mom’s words were right front and center. How fucking stupid are you? You think it’s easy having a baby? What the hell were you thinking? Get your money back, you stupid boy. Of course, the words had been in Swedish, and I was loosely translating “stupid boy”. She’d never understood why I wanted Noah, why I’d given every cent I had to get him, and she’d officially resigned from being my mom, in a way that I wasn’t sure we’d ever get back from. Dad wasn’t interested; he had a new family to worry about. One of the perks of being a famous Swedish hockey player was the abundance of women willing to take Mom’s place when she finally kicked him out for his whoring NHL ways.

“You and me, bud,” I began, and traced a finger down his cheek, “we are not dysfunctional. Me and you? We are the dictionary definition of a functional family unit.”

Having done all the woe-is-me shit, I pulled my shoulders back and lifted Noah out of the car. Fuck knew what I was going to be facing in there—a locker room full of noise, a coach who would stare at me with an expression of horror. No one brought their kids to the ice for practice. That was reserved for family skate days, and I’d missed that, as it had happened the week before I got there.

I passed through security and faced my first hurdle.

“Is that a baby?” Pete asked, and reached out to pat Noah’s head. I held Noah close. Pete is one of those big security guys, all muscle, and he had a left sleeve tattoo which he flashed when he wasn’t bundled up against the cold. “Intimidating” would be a good word to describe Pete, and no one tried to get past him without his say-so.

“Aww, he’s cute,” Pete said, and I probably beamed at him; I did that a lot when people told me Noah was cute. Clearly Noah was the cutest, most fabulous baby in the entire world, but then I was biased. “He must look like his momma huh?” Pete asked, and left the question hanging. No way was I opening that can of worms; it was bad enough I’d brought Noah to work with me.

The main doors opened, a gust of cold air preceding two players talking loudly about something to do with potatoes. Pete was distracted, and I escaped his all-seeing gaze. I got exactly one corridor through before I met the next hurdle.

“Noah.” Proudly, I lifted the soft blanket so Arvy could see more of Noah’s face. I could see the moment when he saw the big eyes and the soft skin, and Arvy just sighed and cooed, and that was pretty much it.

Then he ruined the moment. “Where’s your nanny?” he asked, and looked past me, expecting to see a nanny waiting there.

“Sick,” I said because I needed to be honest with Arvy so I could get help. He knew my parents were in Sweden, didn’t know the full extent of my disenchantment with them both, but he realized my support network here in the US was at zero.

“Noah,” I explained as Ten cooed over Noah. Arvy looked at me pointedly, then nodded in the direction of the locker rooms and the ice.

“You have no backup?” Arvy asked.

Dieter and Adler walked up. “Is that a baby?” they asked in unison. I wondered if maybe I should invest in a sign that announced that yes, Noah was a baby.

“Was he left outside in a box or something?” Adler asked with his usual lack of filter.

Adler peered at Noah, and Noah batted at him with a tiny fist, wrinkling his nose. To be fair, if Adler was up in my space I’d be wrinkling my nose and making a fist as well.

Erik Gunnarsson’s dream had always been to play in the NHL, he just never imagined he’d land a contract with the Railers. Who would have thought that fate would put him on the same team as Stanislav Lyamin; the man whose heart he’d callously broken? Secrets and lies had defined their summer relationship, and the choice that Erik made to end it all haunts him still. In the middle of a messy divorce and with a baby in tow, Erik finds himself back in Stan’s life. Now all he has to do is be the best dad he can be, prove to the team that he deserves the chance to stay on the roster and try his hardest to get Stan to forgive him. Is it possible to persuade a man who hates you to give love a second chance?

Have you read – Love Happens Anyway?