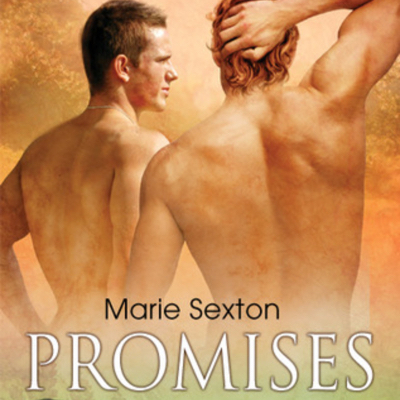 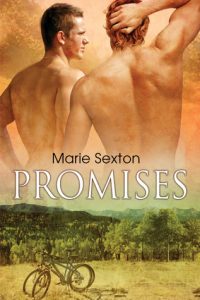 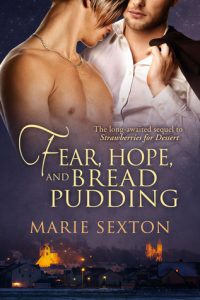 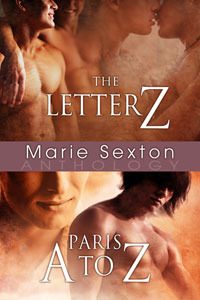 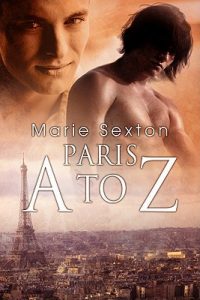 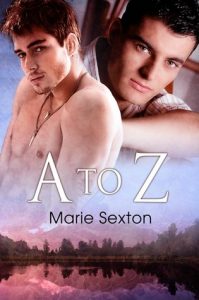 Jared Thomas has lived his whole life in the small mountain town of Coda, Colorado. He can't imagine living anywhere else. Unfortunately, the only other gay man in town is twice his age and used to be his teacher, so Jared is resigned to spending his life alone.

Until Matt Richards walks into his life, that is. Matt has just been hired by the Coda Police Department, and he and Jared immediately become friends.

Matt claims he is straight, but for Jared, having a sexy friend like Matt is way too tempting. Facing Matt's affair with a local woman, his disapproving family, and harassment from Matt's co-workers, Jared fears they'll never find a way to be together-if he can even convince Matt to try.

Zach Mitchell is stuck in a rut. His college boyfriend left him ten years ago, but Zach still lives in the same apartment, drives the same car, and feeds his ex-boyfriend's ungrateful cat. His Denver business, A to Z Video Rental, is struggling.

He has annoying customers, eccentric neighbors, and an unfulfilling romance with his landlord, Tom. A combat boot-wearing punk with an attitude, Angelo Green was raised in foster homes and has been on his own since he was sixteen; he has never learned to trust or to love. He doesnt do relationships, so when Angelo takes a job at A to Z Video, he decides Zach is strictly off-limits.

Despite their differences, Zach and Angelo quickly become friends, and when Zachs break-up with Tom puts his business on the line, its Angelo who comes up with a solution. Together with Jared and Matt, their friends from Coda, Colorado, Zach and Angelo will find a way to save A to Z, but will they be able to save each other too?

Zach and Angelo have settled into their new lives in Coda, Colorado, finding their place in the community with the help of their good friends Matt and Jared. Zach and Angelo are also working out the particulars of their relationship, but when they make a decision Jared disagrees with, Angelo finds himself at odds with his partner's best friend. And his best friend's partner.

When the four decide on a quick trip to Vegas, Angelo thinks he and Jared may be back on the right track. But a chance encounter with Zach’s ex-boyfriend will make Angelo question everything about himself and his relationship with Zach. Matt and Jared have always been there when Zach and Angelo needed help. But when it comes to sorting out their relationship, their friends may do more harm than good.

A tiny little short Marie wrote about Matt and Jared.

This takes place a few months after the end of A to Z, at about the same time as The Letter Z.

When Jonathan Kechter agrees to a blind date with Cole Fenton, he expects nothing more than dinner and a one-night stand… but he gets more than he bargained for in Cole. Cole is arrogant, flamboyant, and definitely not Jon’s type. Still, when Cole suggests an arrangement of getting together for casual sex whenever they're both in town, Jon readily agrees.

Their arrangement may be casual, but Jonathan soon learns that when it comes to Cole Fenton, nothing is easy. Between Cole’s fear of intimacy and his wandering lifestyle, Jonathan wonders if their relationship may be doomed from the start—but the more Cole pushes him away, the more determined Jon is to make it work.

Matt Richards has never given much thought to Valentine’s Day, but when his lover of almost three years, Jared Thomas, hints that he feels unappreciated, Matt realizes he needs to do something.

He’s determined to make this Valentine’s Day special, but nothing is going to turn out the way Matt plans.

PARIS A TO Z

Zach Mitchell and his lover Angelo Green are headed to Paris (along with their Coda friends Matt and Jared) to attend Jon and Cole's wedding. Matt will have to face Jared's former lover, and Angelo will have to spend an entire week with Zach's ex-boyfriend.

Between Matt's jealousy and Angelo's temper, Zach thinks they'll be lucky to get through the week without one of the grooms being punched. But Zach soon realizes he should worry less about Angelo and more about himself.

Facing the bittersweet memories of his past and his own guilt over breaking Jon's heart is harder than expected, but Zach will have to find a way to leave his past behind if he's to have any hope of the future he wants with Angelo.

Families should grow, not shrink. It’s been on Jon Kechter’s mind since before he tied the knot with his millionaire lover, Cole Fenton. Now hoping to adopt, Jon and Cole search for a mother-to-be willing to let them love her baby, but the interminable wait is wearing on them both.

Jon is close to his father, George, but until Cole, he didn’t have anyone else. Now George is pushing Cole to reconcile with his estranged mother. When the three of them spend Christmas with her in Munich, the results are disastrous.

Jon and Cole resolve to stay positive, but no hope exists without a tinge of fear. Jon and Cole can’t help but wonder if their dream of being parents just wasn’t meant to be.

As a young man, Dominic Jacobsen already suspects he’s gay, and he gets all the confirmation he needs when a rich boy from out of town climbs into the back seat of Dominic’s GTO. One night with Lamar Franklin is all it takes to convince Dominic he’s found the man of his dreams. Unfortunately, that one night is all he'll get before Lamar returns to Tucson.

Fifteen years later Lamar returns to Coda, Colorado, after ending the latest in a string of bad relationships. He’s alone, depressed, and plagued by late-night phone calls from an unidentified caller. Lamar's ready to give up when he comes face-to-face with his past.

Since he was seventeen, Dominic has dreamed of a reunion with Lamar, but that doesn't mean he’s ready for it now. Facing small-town rumors and big-family drama is bad enough, but Dominic won’t risk losing custody of his teenage daughter, Naomi. The only solution is to make sure he and Lamar remain friends and nothing more. Clothes stay on, no matter what.

It seems simple enough. But for better or worse, Lamar has other ideas.

Audio, It's All About The Audio, Marie Sexton

It’s All About The Audio – Heidi Cullinan & Marie Sexton