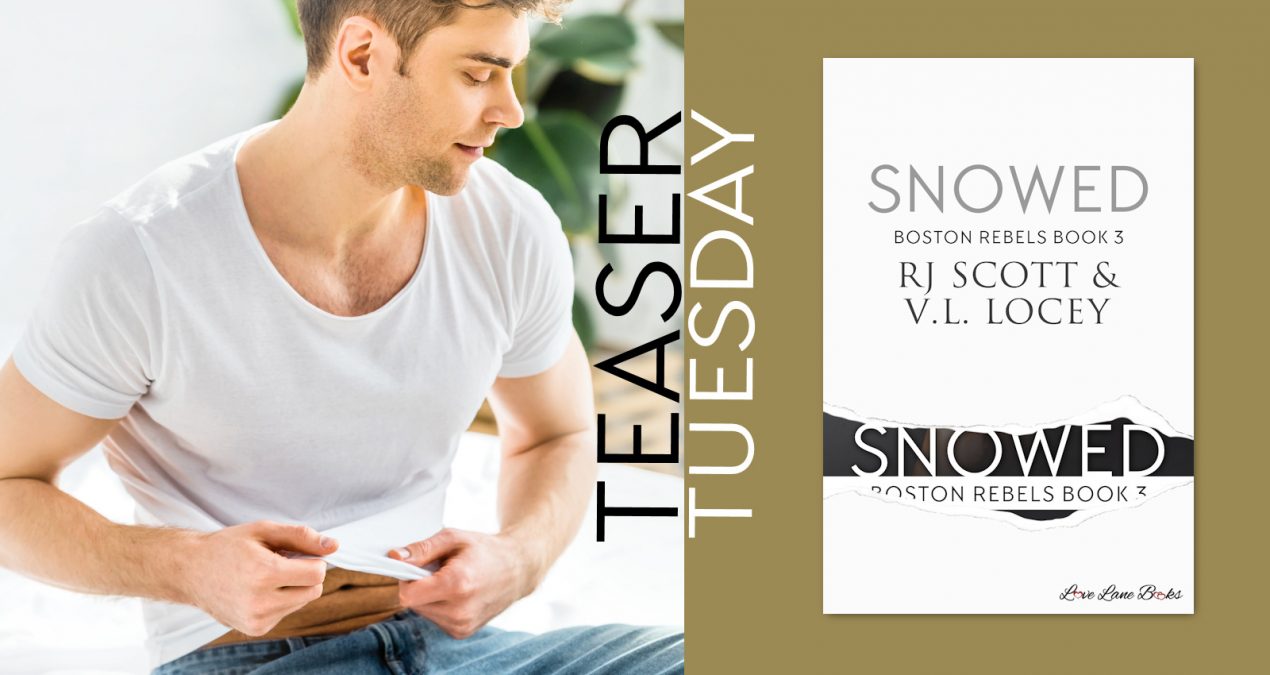 One of the linesmen had started shouting at the players to break it up and get the puck into play. Something – or someone – impacted me hard. My shoulder popped out of the socket as I went down in a tangle with Vlad on top of me. The pain was incredible, my left arm going completely numb after a few seconds. My net popped off its moorings. A rush of shapes – my teammates I was sure – moved around me as I lie on the ice moaning in pain.

“Sorry, he pushed me,” Vlad said as he was pulled off me by Marquis then slapped upside his head. Vlad, being a hockey player, slapped Marquis back. Tate Collins got into the scrum but not to throw punches. He was on one knee beside me, protecting me from the snarl of players now throwing down gloves.

“You hurt?” Tate asked as I was finally freed from the massive Russian. I growled out a reply then rolled from my injured shoulder to my good one. Jaw locked, fighting back tears, I cursed madly knowing this was far more than a dislocated shoulder. I’d felt something rip. “Lay still,” Tate said, his hand on my hip as he turned to bellow for our trainer. “You’re good man, you’re good. Here’s your captain.”

“Renco, hey, Wally’s coming,” Xander said as I tried to get to my skates. I nodded, gritted my teeth, and cradled my left arm in my right hand. Blinking away the dampness I saw our new backup goalie getting his gear on. Generally I would have fought to stay in but there was no way I was going to finish this game. That sucked. We only played the Raptors twice a year and the next time would be in late April out in Arizona. I’d really wanted a win against this team that had clawed its way out of the NHL sewers to be a true contender for the Cup.

Have you read? – For A Rainy Afternoon

New Release – The Gardener and the Marine