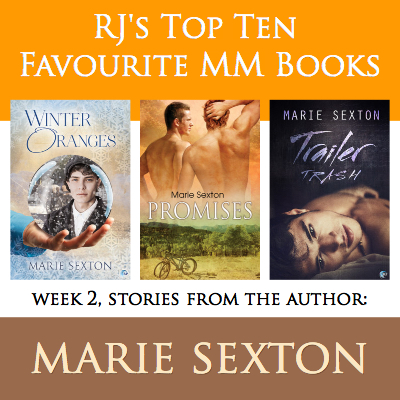 Marie Sexton wrote my most favorite MM book of all time – Promises, book 1 in the Coda series. I love everything she writes and she is an auto by for me. 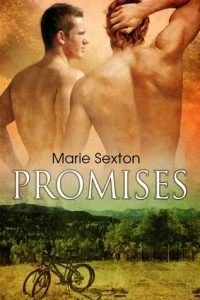 What I love most about this book is that it is absolutel MM romance perfection. It was the first thing I read of Marie Sexton's writing and it started me on the entire Coda themed series of books. It includes romance, just the right amount of angst, a slow burn with UST… just perfect. And Marie's writing style is so nice that I always feel like I can relax and really enjoy the books.
What can I say about Matt and Jared to convince you to go try the book? Jared is utterly sure of who he is, except he isn't, and Matt is utterly unsure of who he is, except he isnt… and yes, I know that makes little sense. I just feel that while we are at first presented with Jared as a confident and out gay man, what we then see is how much of himself he hides away. Then we have Matt, the best friend, the one who has a whole heart load of conflict. Add in characters like the idiot (abusive) dad, the sister, the new baby, the ex, the crime element, and this first Coda book ticks every single one of my boxes.
Not that I would ever compare Marie's writing with my own (hell I wouldn't compare anyone's writing to mine ever, I wouldn't want to insult anyone!) but if you liked Back Home, Moments, The Ex Factor, Crooked Tree Ranch, Decisions, that kind of thing, then you will love Promises…
Have you read the rest of Marie's Coda series? All the books here.

Jared Thomas has lived his whole life in the small mountain town of Coda, Colorado. He can't imagine living anywhere else. Unfortunately, the only other gay man in town is twice his age and used to be his teacher, so Jared is resigned to spending his life alone. Until Matt Richards walks into his life, that is.

Matt has just been hired by the Coda Police Department, and he and Jared immediately become friends. Matt claims he is straight, but for Jared, having a sexy friend like Matt is way too tempting. Facing Matt's affair with a local woman, his disapproving family, and harassment from Matt's co-workers, Jared fears they'll never find a way to be together-if he can even convince Matt to try. 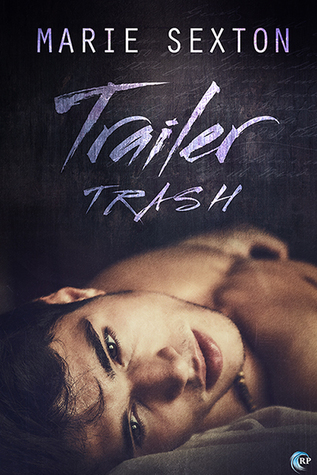 I have to get these words out now, before I walk away from the world I was just in. I know this sounds weird, but I just this second finished reading this book and I didn’t want to leave the world inside the pages. I know the words in my head will all disappear and I’ll end up writing just *I loved it* and hell, this needs much more than that. Not only is this the most beautiful story I have ever read, it is gut wrenching, heart breaking, and stunning. I cried ugly tears, I smiled, I cheered, I didn’t know what to do with myself.

If you read one book this year, try this one. The world Marie creates… I just felt like I was right there with Cody and Nate. Just stunning. And like I just typed to Marie in a private message; I have no words, stunning. So highly recommended I can’t even begin to rate it. Possibly my most favourite MM book ever. See. I think this book has broken me.

It’s 1986, and what should have been the greatest summer of Nate Bradford’s life goes sour when his parents suddenly divorce. Now, instead of spending his senior year in his hometown of Austin, Texas, he’s living with his father in Warren, Wyoming, population 2,833 (and Nate thinks that might be a generous estimate). There’s no swimming pool, no tennis team, no mall—not even any MTV. The entire school’s smaller than his graduating class back home, and in a town where the top teen pastimes are sex and drugs, Nate just doesn’t fit in.

Then Nate meets Cody Lawrence. Cody’s dirt-poor, from a broken family, and definitely lives on the wrong side of the tracks. Nate’s dad says Cody’s bad news. The other kids say he’s trash. But Nate knows Cody’s a good kid who’s been dealt a lousy hand. In fact, he’s beginning to think his feelings for Cody go beyond friendship.

Admitting he might be gay is hard enough, but between small-town prejudices and the growing AIDS epidemic dominating the headlines, a town like Warren, Wyoming, is no place for two young men to fall in love. 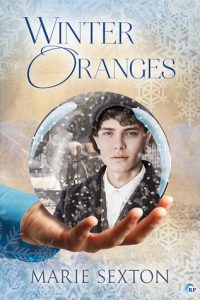 This is a gorgeous book, so vivid in description and I was sucked in from page one. I'm a huge fan of Marie Sexton and this book is another perfect MM, a must read for Autumn and Christmas. 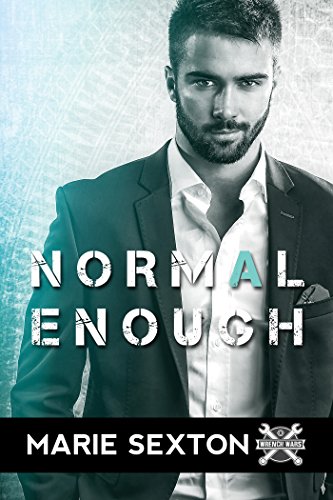 This is such a clever story. When I saw the word fetish in the description I expected something lighter than this book, an easy read that took a short break that was heavy on sex. Which, let's face it, this is Marie Sexton, she writes hot sex… BUT… although this book focuses on something that isn't maybe the *norm* this is not a book about sex, but family, and loss, and childhood memories, and making yourself a stronger man in the face of adversity.

I adored Kasey, just adored him, and really got inside his head. I wanted more from Brandon, only because I selfishly wanted more words… ROFL…

When Brandon Kenner shows up at Kasey Ralston’s garage with a 1970 Chevelle SS 454, Kasey is smitten by both the man and his car. But Kasey is a mechanic with a shameful secret. He has a fondness for old muscle cars, a fondness that goes far beyond what most people would consider normal. So between what Kasey considers a disgraceful fetish and his long estrangement from his family, he finds it easiest to be alone, even distancing himself from his coworkers.But it doesn’t take Brandon long to guess Kasey’s secret, and he doesn’t think the sexy mechanic’s fetish is weird. In fact, he likes it, and he makes no secret of his intentions to seduce the man.

Kasey doesn’t know how to resist someone as charming as Brandon, and he’s more than willing to be seduced. But what are Brandon’s long-term intentions? Kasey is afraid of hoping too much, but equally afraid that when all is said and done, Brandon will leave, and Kasey will be left alone once again. Can Kasey be normal enough for a relationship with Brandon, despite his fetish?