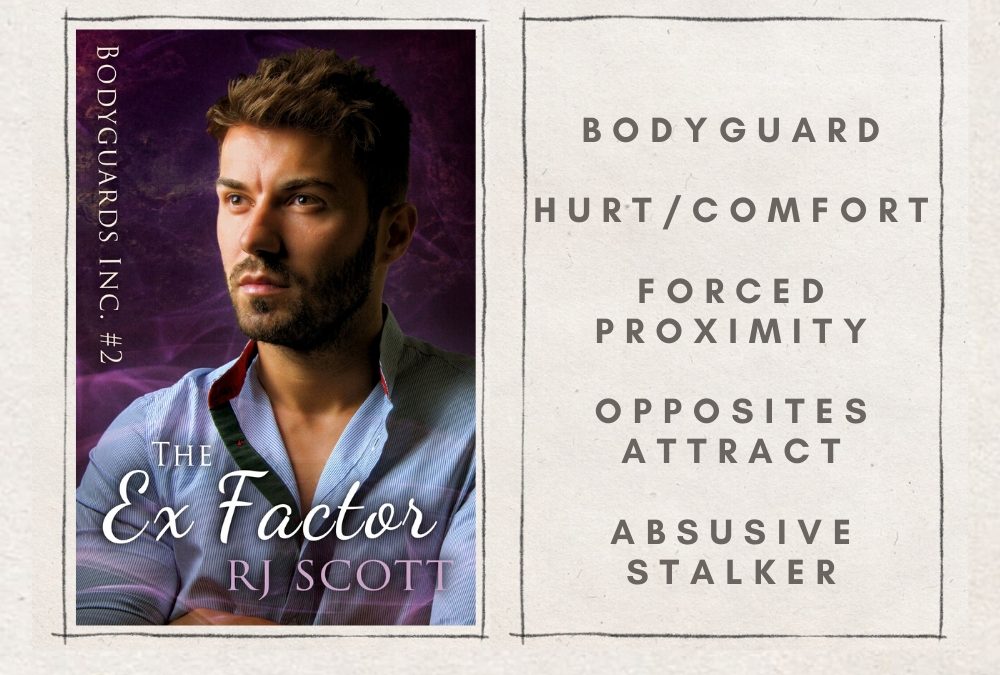 Ben pulled Kyle back to the here and now. He was here for an assignment, so he kind of expected one. “What do you have on the books?” All the close protection officers at BI were freelance and could pick and choose cases, and there was never a real shortage of cases ever.

“Not a case as such, but you might want to check it out before you look at others. The weirdest thing,” Kyle said thoughtfully. “A guy named Alexander called an hour ago, left a message on the machine, said he was with a band called… I forget… anyway, said he was friends with David Lincoln.”

“The boy band is Twelfth Wonder and the guy is Daniel Lincoln, not David,” Ross corrected Kyle, proving he hadn’t been ignoring Kyle at all.

“Yeah, him, anyway, he wasn’t looking for a bodyguard, but he said he knew you, and that this David—”

Kyle ignored the barbed comment. “Daniel, thank you, Ross.” He looked at Ben and frowned. “Said this Daniel was in trouble with a boyfriend and that he’d called this Alexander.”

“Do you have a number?” Ben asked, intrigued. He would be lying if he said he didn’t think about Daniel an awful lot. Every time a song came on his iPod he considered if it suited Daniel’s voice or not. And he was still harboring concerns about the meds and the “fall.” Something inside him was poking and prodding and niggling that he should check in with Daniel. He had tried. Twice.

Ben pushed down the sudden thrum of awareness that buzzed through him. “I remember Daniel. I’ll call Alexander,” he said like he was just recalling passing acquaintances.

He dialed the number on the paper and was thankful when someone answered. He didn’t wait for introductions. “Alexander? It’s Ben from the show, from Bodyguards Inc.”

“Ben, hey. Look, I’m sorry to bother you, but I got this really weird call from Daniel Lincoln, you remember him, the other guy in the final. He sounded tired. Couldn’t make out much, it’s a bad line to here. Said he was at the London Hilton on Park Lane, and he wanted Ben the bodyguard, but he’d lost your card? Said you’d find him if you really wanted to do something about helping him. Or something like that. Like I said, not a lot made sense. I got to go. I’m in the US at the moment but call me when you know something, please?” With that, the phone went dead.

Ben frowned. Daniel was at the Hilton and wanted Ben to do something about it? About what?

“Two-seventeen,” Ross offered. “That was what the message from the Scottish kid said. Or that’s what Kyle told me when he got off the phone, just before he deleted all five messages by accident.” Ross drew imaginary speech marks in the air, and Ben glanced at Kyle, who was beginning to look a little pissed.

Ben considered the information. What was he supposed to do with that kind of message? He was intrigued, but he was at work and he had to focus on what he was here for, stuff that ultimately paid the bills, even though he had plenty of money saved. “What else do you have on the books?”

“Couple corporates, one Europe, couple others, nothing earth-shattering or urgent. You want me to get you something from the pile?”

Ben nodded and leaned back in his chair with his coffee. Memories of Daniel Lincoln were so clear in his head, and he wished to hell he could focus on real work and not some weird-arse message secondhand from a guy who appeared perfectly happy, thank you very much.

Finding Daniel in that room, hearing him sing, listening to him cry, meeting the smooth, oh-so-perfect boyfriend, Despite how he looked in pictures since then, the guy had appeared to have little to no handle on his life or his talent, and there was something about those injuries and the tears that haunted Ben long after the show. He’d never admit it to anyone, but he’d even tracked the guy down to a party at a club, although he hadn’t gotten close enough to actually talk to him. He seemed happy enough, dancing with that Cam guy and smiling up at him like Cam hung the moon and stars.

“Okay,” he said to no one in particular. “I’m checking the Hilton.”

Kyle blinked down at him, in the process of pulling out one of Ross’s famed information packs. Then he simply tidied the files on the desk into a neat pile. “Good call,” he finally said.

In less than ten minutes, Ben was on the A40 into the City astride his Ducati Diavel, weaving in and out of stationary traffic. Within the hour he was heading to Park Lane and finally pulling into the closest pay-for-parking near the Hilton. Then two minutes’ walk with a view of the park and he was outside the hotel, an imposing building of glass and gray brick. He’d never stayed here. The place was just a bit upmarket, to say the least, and expensive. Tourists milled around outside taking photos of the building and the doorman who stood unflinching at the catcalls trying to get him to ‘look this way!’

Ben didn’t hesitate outside, and he was inside the foyer and across to the stairs as quickly as he could. He took them two at a time and ignored the looks he received from people he passed. Now that he was here, he was suddenly anxious to get to two-seventeen. Ben had gone over the cryptic message from Daniel in his head as he weaved in and out of traffic. Kyle probably got the message wrong. Maybe Daniel had said something else altogether and that Alexander kid had overreacted?

He passed two-eleven, thirteen, fifteen, and then he was there outside two-seventeen and lifting his hand to knock on the door. He dropped the hand and stood uncertainly. Abruptly, he realized he was standing outside Daniel’s room with absolutely no idea of what the bloody hell he was doing here apart from the fact Daniel had reached out to him and that somehow Daniel possibly needed him. The prickle of awareness at the base of his neck, an impetus to just bang on the door and get inside, had him knocking.

The entrance opened a little on the chain and a woman’s face peeked out through the gap.

“What?” she asked tersely.

Ben didn’t flinch. He patted his jacket pocket. “All here,” he said.

She wrinkled her nose in thought, and then apparently satisfied, she unhooked the chain and opened the door fully. She was in bra and panties and with a hand on her hip, she looked Ben up and down.

“What kind did you bring?” she asked with a sniff, using the back of her hand to wipe at her face. Ben immediately noticed wide pupils and the slurring in her voice. She was undoubtedly high on something.

He encouraged her away from him with a subtle push and stalked past her.

Ben heard the retching, and after a cursory glance into an empty bedroom, he suspected it was Daniel losing his breakfast in the bathroom. He pushed at the door, but it was locked from inside, so he listened for a while with his ear close to the wood.

“Daniel?” he called. The sounds of someone being sick had stopped and the noise of the running shower was all he could hear now. He eyed the lock, which wasn’t the old key type but a handle with a small indentation that could be opened from outside. All he needed was something to put in the slot, then turn. Inspired, he pulled out a pound coin and used it to twist the lock. The door opened easily after that. Ben had expected steam in the bathroom, but there was no heat at all, just the cool of the open window and the chill from water falling into the bath. He pulled back the pristine white curtain and couldn’t believe what he saw.

Daniel. Near naked and huddled in a ball in the bath, the cool water playing over his head and down his front. He was rocking and humming under his breath, and fuck, his thighs, his arms, were covered in bruises.

When Bodyguard, Ben Collins, finds Daniel Lincoln in a room, hiding and hurt, he doesn’t immediately think Daniel is the victim of abuse. Daniel is good at pretending and being a finalist in a TV singing competition he seems like he has it made.

But something about Daniel calls to Ben’s need to protect and he hands Daniel a card to contact him if ever Daniel needed help. Abruptly, after one frightened phone call from Daniel, Ben is racing to Daniel’s aid and what he finds is a horror he can’t imagine.

Daniel is trapped in an abusive relationship where anger and controlling hate are the only emotions he is given. When his boyfriend crosses the line and leaves Daniel vulnerable and broken there is only one man that he wants to call.

Bodyguard to a Sex God

A prince in love – royal romance from RJ Scott