He slipped off his worn black jacket and the dark T-shirt, so worn in places that it was gray.

Angel was stunned. Under those clothes there wasn’t a spare ounce of skin that wasn’t covered in gorgeous muscles. He was sex on legs, and Angel had to roll his tongue back in his mouth. He couldn’t watch Corey pull on the shirt. And hell, he could not crush on a guy who wasn’t pinging his gaydar. 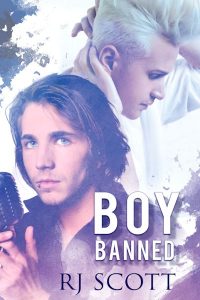