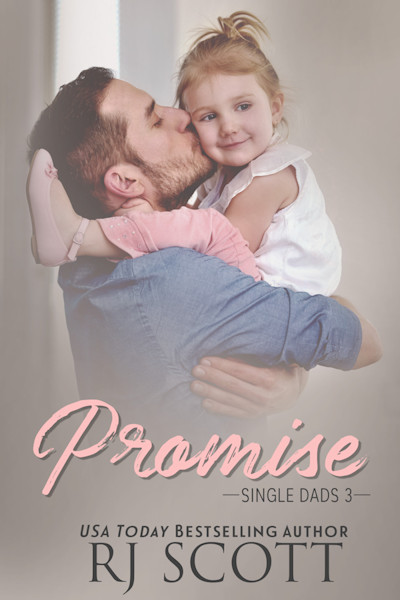 The exclusive cover reveal for Promise (Single Dads #3) was over at Love Bytes Reviews yesterday, there's still a few hours left on the giveaway so head over there to enter.

But now…here's the gorgeous cover designed by Meredith Russell. 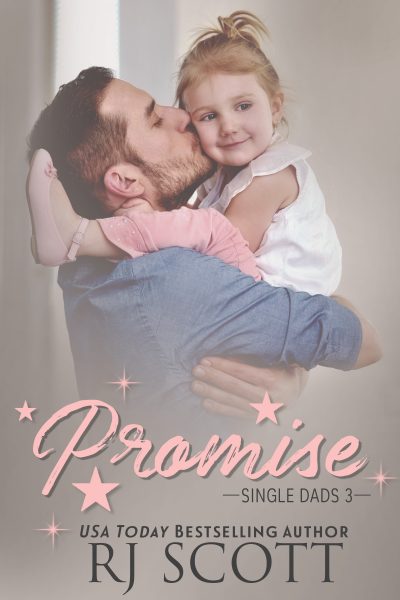 Leo Byrne has too many secrets, Jason Banks has told too many lies. Something has to give before either of them can ever find love.

Adopted at a young age, Leo is part of the sprawling Byrnes family. With his dog Cap, five siblings and a whole mess of nieces and nephews, he is never lonely, and his life is full. Love is the last item on his to-do list, but seeing his best friends Sean and Eric happy and making new families makes him want things he didn’t think he deserved. He investigated the man who saved Eric, and he knows he can help Jason get his life on track if only Jason would listen to him. Anything other than that is off-limits. Until Jason has no one left to turn to, and it’s Leo who finds him at his lowest. Taking him home is one thing, but falling for Jason is something else altogether.

Jason made a deal to keep his daughter safe and spent three years behind bars as a result. Volunteering as a convict firefighter was as much about helping the community as saving his sanity, but now that he’s out, he has lost everything. He’s lost his place in the band he helped found, and he has no friends or a place to call home. Worst of all, his daughter doesn’t even know him. Meeting Leo might give him a way to get Daisy back in his life, but falling for the stubborn cop means the truth is revealed, and he could lose everything all over again.