by Rachel Maybury
253 views
No Comments
0

It's Wednesday, it's Hump Day, it's time for another Hump Day Interview! Today it's the turn of Annabelle Jacobs in the hot seat.

How hard was it to go from writing m/m to writing f/f?

I’d already written about Rachel’s in Bitten By the Alpha, so character-wise it was relatively easy to write her and Sara. I love writing feisty women. The hardest part for me was getting the intimate/sex scenes right.

Who's next in the Regent's Park Series?

Ahh that would be telling, lol. But anyone who’s read Bitten By Her, will probably have a good idea

Tell us about your inspiration for Rachel and Sara?

I’d watched a few films with kick-ass women in when I was planning BBH. So for inspiration I used Karen Gillan for Rachel, and Sophia Boutella for Sara.

You've created such a huge world with the Regent's Park Series, how do you keep track of all the details?

I have a lot of notes, lol. All over the place. I’m not the moist organised person, but when I edit, I try and record the important details for each character/secondary character. And then try not to lose them. After 5 books I have a good image of their world in my head, and I just check back to confirm things.

I’m a planner. Always.  I try and plan the main points of the story first, then I roughly plan out each scene/chapter before I write it. If I don’t have a clear idea in my head of where the story is going then I struggle to get words down.

For your chance to win an ebook of Bitten By Her answer this question, if you were a shifter, what animal would you be? 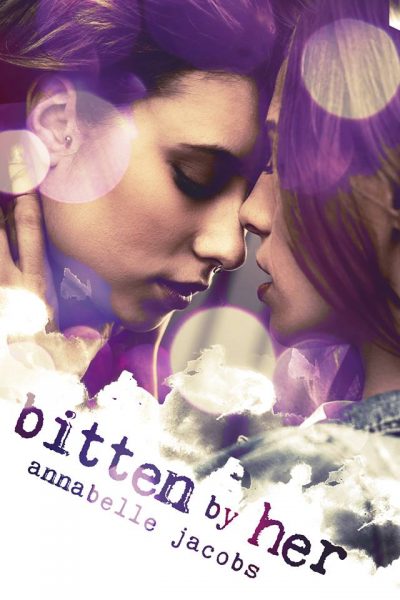 Brought together by fate, torn apart by family.

Rachel Tregarrak, Penwith pack beta and daughter of the alpha, has always called the rugged Cornish coast her home. With its beautiful landscapes, bracing sea air, and vast spaces to run, she can’t imagine living anywhere else.

After years of living with her mother in her grandfather’s pack, Sara Gallen returns to Penzance to be with her alpha father and her brothers. She wants to build their relationships, get to know the rest of her family better than occasional visits allow.

When their paths cross on the full moon, the attraction is immediate and instinctive. But Sara’s father refuses to allow such a union and forbids any further contact. Sara finds solace with her grandmother in her alpha council residence, and Rachel is sent to a London pack to keep her out of trouble. Both women feel the desperate ache of an uncompleted bond, but unless they find a way to be together, it’ll fade to nothing and their connection will be lost.