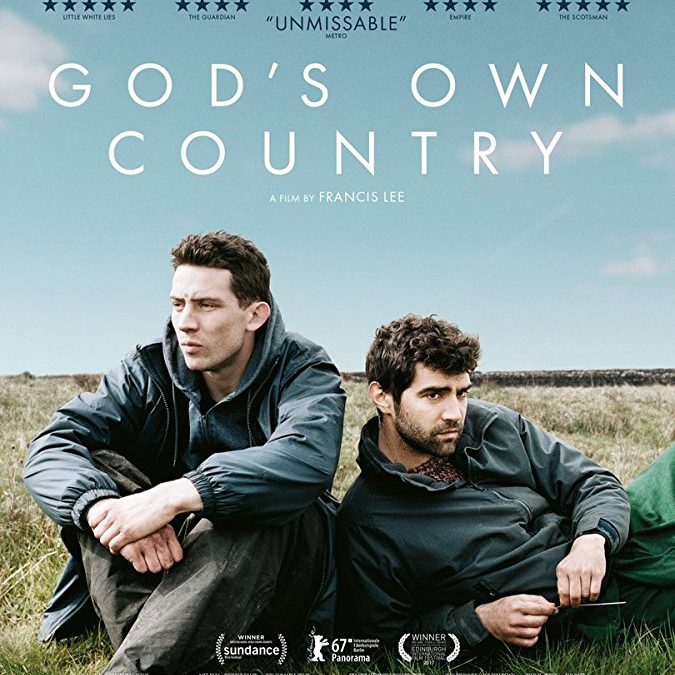 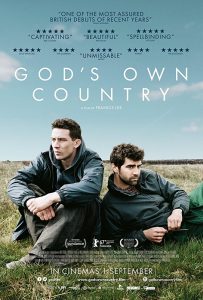 I've been spoiled this year, first of all, Love Simon, which was a wonderful coming out, YA kind of story, with a lovely happy ending and humor and a healthy dose of sweet.

Now I've just seen God's Own Country, which was a whole different kettle of fish, in a lot of different ways. It was darker in filming, had a grittiness that I thought suited the film really well. There was a reality in the farming scenes, nothing was glossed over, this was raw and untouched by the *cute wand*. The sex scenes were very real at all, the battle, the first kiss, and then everything else. I found John's character a little too miserable to start, but that only made his later soft smiles all that much better. Gheorghe, on the other hand, was positive and focused and I fell in love with him immediately.

Farming is a hard life and there is a statistic I heard recently about the isolation of young farmers, with suicide statistics high, particularly GLBTQ farmers. This was a very positive way to reinforce that concept but at the same time offering future hope.

A wonderful film, uplifting in a way I didn't expect and highly recommended.

Alec Secareanu and Josh O'Connor star in God's Own Country (2017)

Young farmer Johnny Saxby numbs his daily frustrations with binge drinking and casual sex, until the arrival of a Romanian migrant worker for lambing season ignites an intense relationship that sets Johnny on a new path.

I wish I was as clever as Oscar Wilde