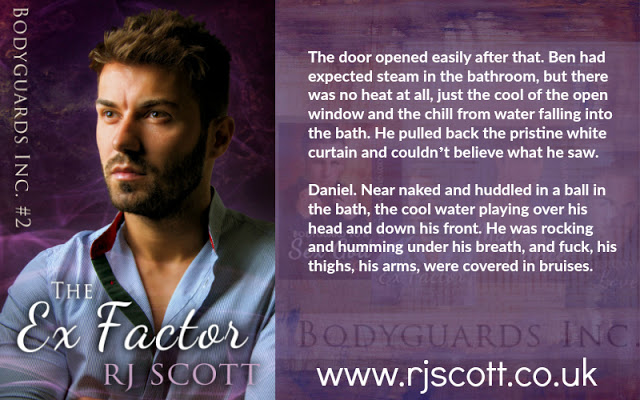 by Rachel Maybury
340 views
No Comments
0

The Bodyguard and the Singer

Trapped in an abusive relationship, Daniel is desperate and there's only one man he can call: The sexy bodyguard who promised he could help.

When Bodyguard, Ben Collins, finds Daniel Lincoln in a room, hiding and hurt, he doesn’t immediately think Daniel is the victim of abuse. Daniel is good at pretending and as a finalist in a TV singing competition he seems like he has a bright future ahead of him.

But something about Daniel calls to Ben’s need to protect, and he hands Daniel a card to contact him if ever Daniel needs him. Abruptly, after one frightened phone call, Ben is racing to Daniel’s aid and what he finds is a horror he can’t imagine.

Daniel is trapped in a relationship where anger and controlling hate are the only emotions he is given. When his boyfriend crosses the line and leaves Daniel vulnerable and broken there is only one man that he wants to call: Ben.

Bodyguard to a Sex God

Kissing Alex
About the Book

Share on PinterestShare on TwitterShare on FacebookShare on Email
Bodyguards Inc, Focus On..., Hurt/Comfort, The Ex Factor
Share :