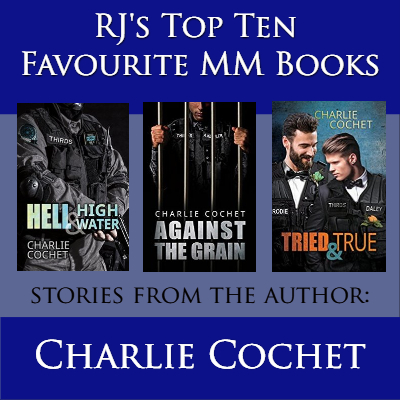 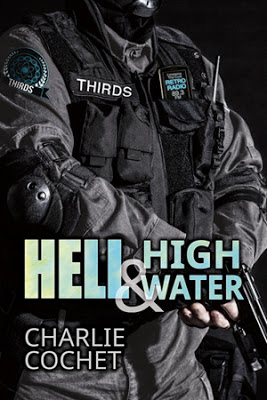 When homicide detective Dexter J. Daley’s testimony helps send his partner away for murder, the consequences— and the media frenzy—aren’t far behind. He soon finds himself sans boyfriend, sans friends, and, after an unpleasant encounter in a parking garage after the trial, he’s lucky he doesn’t find himself sans teeth.

Dex fears he’ll get transferred from the Human Police Force’s Sixth Precinct, or worse, get dismissed. Instead, his adoptive father—a sergeant at the Therian-Human Intelligence Recon Defense Squadron otherwise known as the THIRDS—pulls a few strings, and Dex gets recruited as a Defense Agent.

Dex is determined to get his life back on track and eager to get started in his new job. But his first meeting with Team Leader Sloane Brodie, who also happens to be his new jaguar Therian partner, turns disastrous.

When the team is called to investigate the murders of three HumaniTherian activists, it soon becomes clear to Dex that getting his partner and the rest of the tightknit team to accept him will be a lot harder than catching the killer—and every bit as dangerous.

I first read this book a while back, but decided this series was to be my next re-read series (my first was Marie Sexton and her Coda series!)

I absolutely love this book, the first in the series. I love Dex so much, and Sloane… and the rest of the team. Unique world building and a solid story makes this an awesome start to the series. Drama, angst, lust, guns, bad guys and just everything else you need 🙂

ThirdsHQ.com – With the panic and growing number of casualties both Human and Therian during the riots of the 1980s, it was clear something had to be done to ensure public safety, and offer an unbiased justice system for Therian citizens. After a new Therian legislation branch of the government was established, along with the implementation of Therian laws, officials answered the cries of its citizens for a new law enforcement agency equipped to handle Therian threats.

In 1990, the Therian-Human Intelligence, Recon, Defense, Squadron -or- the THIRDS, opened its doors, pairing every Human element within the organization with a Therian one, in the pursuit of justice for all species.

From The Archives, L.C. Chase, Ranch and Cowboy, Reviews from RJ