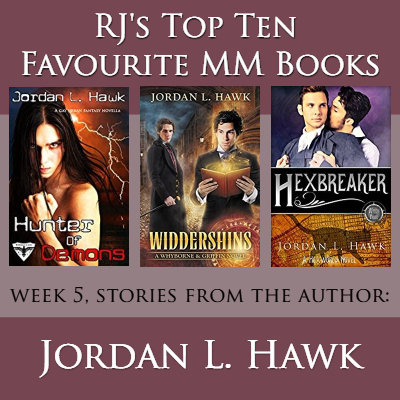 by Rachel Maybury
431 views
No Comments
0

I'm a HUGE Jordan L. Hawk fan girl, I simply love her books, her world building is fantastic and her stories completely suck you in.

Now, a lot of people read Jordan’s Whyborne and Griffin series and boy do I love that series. I mean I seriously LOVE that series…

There is something I like better (I can hear you gasping from here) … SPECTR… I have no words, I bloody well adore this series and I inhale them the minute I get them.

Then there's the Hexworld Books, the perfect blend of magic, and mystery, and of course, twists all over the place! 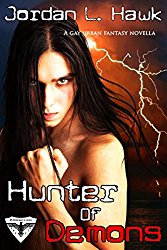 What happens when an exorcist falls in love with the demon he's meant to destroy?

Unregistered paranormal Caleb Jansen only wants a normal life. But when a demon murders his brother, Caleb knows he has to avenge Ben's death, no matter what the cost. Unfortunately, his only allies belong to an extremist group who would kill Caleb if they found out about his talent.

Gray is a wandering spirit, summoned to hunt and destroy demons by drinking their blood. This hunt goes horribly wrong, and for the first time in his existence Gray is trapped in a living, human body. Caleb's body…and Caleb is still in it.

Hotshot federal agent John Starkweather thinks he's seen it all. But when he's called to exorcise Caleb, he finds a creature which isn't supposed to exist outside of stories. For Gray is a drakul: a vampire.

Having spent his life avoiding the government as an unregistered ‘mal, Caleb can't let himself trust a federal exorcist, no matter how sexy. And he certainly isn't going to give into the heat growing between them and sleep with Starkweather.

Because if Gray gives in to bloodlust, Starkweather will have no choice but to kill them both. 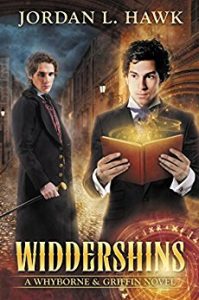 A reclusive scholar. A private detective. And a book of spells that could destroy the world.

Love is dangerous. Ever since the tragic death of the friend he adored, Percival Endicott Whyborne has ruthlessly suppressed any desire for another man. Instead, he spends his days studying dead languages at the museum where he works. So when handsome ex-Pinkerton Griffin Flaherty approaches him to translate a mysterious book, Whyborne wants to finish the job and get rid of the detective as quickly as possible.

Griffin left the Pinkertons after the death of his partner. Now in business for himself, he must investigate the murder of a wealthy young man. His only clue: an encrypted book that once belonged to the victim.

As the investigation draws them closer, Griffin’s rakish charm threatens to shatter Whyborne’s iron control. But when they uncover evidence of a powerful cult determined to rule the world, Whyborne must choose: to remain safely alone, or to risk everything for the man he loves. 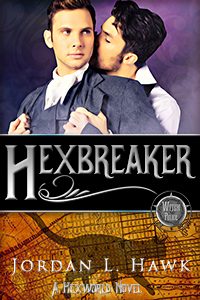 Will a dark history doom their future together?

New York copper Tom Halloran is a man with a past. If anyone finds out he once ran with the notorious O’Connell tunnel gang, he’ll spend the rest of his life doing hard time behind bars. But Tom’s secret is threatened when a horrible murder on his beat seems to have been caused by the same ancient magic that killed his gang.

Cat shifter Cicero is determined to investigate the disappearance of one friend and the death of another, even though no one else believes the cases are connected. When the trail of his investigation crosses Tom’s, the very bohemian Cicero instinctively recognizes the uncultured Irish patrolman as his witch. Though they’re completely unsuited to one another, Cicero has no choice but to work alongside Tom…all the while fighting against the passion growing within.

Tom knows that taking Cicero as his familiar would only lead to discovery and disaster. Yet as the heat between them builds, Tom’s need for the other man threatens to overcome every rational argument against becoming involved.

But when their investigation uncovers a conspiracy that threatens all of New York, Tom must make the hardest decision of his life: to live a lie and gain his heart’s desire, or to confess the truth and sacrifice it all.

You can find all my reviews for Jordan's Books Here.

You can grab the first book in each of Jordan's Series' free using the code: EY100