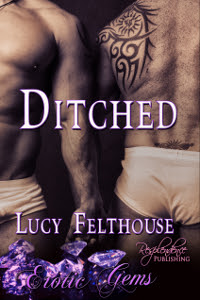 Firstly, thanks so much to RJ for having me on her site today, I appreciate it!

I've been writing for a few years now, in various genres and sub-genres of erotica, but although I'd penned straight, lesbian and ménage fiction, I hadn't gotten around to trying my hand at gay fiction. Recently, I finally did. I wrote a naughty tale about two soldiers out on exercise on Salisbury Plain. The story is called Ditched, and was accepted for publication by Resplendence Publishing and comes out in September. I'm very excited about my first m/m release, and hopefully it'll be the first of many!

Here's the blurb (though this may change before release):

Private Damien Stone is living in a nightmare. He's out on exercise on Salisbury Plain with Lance Corporal Michael Scott—who also happens to be a huge pain in the arse. He's a teacher's pet who seems to delight in bossing Stone around. But that's not the real reason Stone appears to dislike him so much. It's because Stone—who's bisexual—is seriously attracted to his superior, but he can't do anything about it, because Scott is straight. Or is he?

And here's a little unedited snippet from the story:

“I can assure you, Scott, that it fucking is,” responded his colleague, Private Damien Stone. He nudged the other man, pointed to a place on his own map, then raised his arm and indicated a rise in the ground in the near distance.

“See, that's that long barrow, so we are in the right place.”

Looking at the barrow—one of the many on Salisbury Plain—then down at the map, and finally at his compass, Scott had to agree.

“So where the fuck are they, then?” 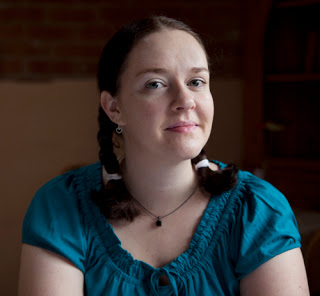 Stone had no answer for that one. He looked up into the lightening sky, which in the distance was being slowly tinged with pink, but saw no sign of their pick-up helicopter. Straining to hear even the faintest sound of rotor blades, Stone remained silent. Hearing nothing, he shrugged.

“Dunno. Perhaps we got the time wrong, or something?”

“I hope not, otherwise they've gone without us!”

“Nah. We're early, if anything. The sun's only just coming up.”

Sighing, Scott stuffed his map and compass into a pocket, and said, “Well, I guess we'd better find somewhere to shelter. I don't like the look of that.”

The that he was talking about was an ominous-looking black cloud being buffeted in their direction by the wind, which was picking up rapidly.

On an unspoken command, the two of them immediately split up and started to look around for somewhere they could keep out of the wind and imminent rain. It wasn't long before Scott shouted out, and Stone immediately turned and headed in the direction of his colleague's voice.

When Stone arrived, Scott had already removed his backpack and dropped it into the ditch he'd found and was striding down the slope to join it. Luckily, there'd been no rain over the past few days so the ground was dry. If the coming rainstorm ended up being heavy, it was entirely possible they'd get wet arses, but for now at least they'd be reasonably comfortable.

I hope you'll look out for my naughty little m/m piece – I'm very excited to see how it does, and whether people like it! *bites nails* 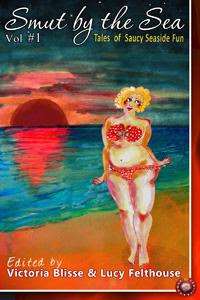 From the sun soaked bays of Australia to the rainy coastal towns of England, Smut by the Sea has it all. Whatever your interpretation of naughty seaside fun, there’s something nestling between the covers for you. Surfer boys, sea creatures, pirates and the fairground abound in this exciting collection of stories from erotica’s finest authors.

Lucy is a graduate of the University of Derby, where she studied Creative Writing. During her first year, she was dared to write an erotic story – so she did. It went down a storm and she's never looked back. Lucy has had stories published by Cleis Press, Constable and Robinson, Decadent Publishing, Evernight Publishing, House of Erotica, Ravenous Romance, Resplendence Publishing, Sweetmeats Press and Xcite Books. She is also the editor of Uniform Behaviour, Seducing the Myth, Smut by the Sea and Smut in the City. Find out more at http://www.lucyfelthouse.co.uk. Join her on Facebook and Twitter, and subscribe to her newsletter at: http://eepurl.com/gMQb9