Mark is finding his way in life after six years in the army. He's always wanted to write scripts for TV, and for one show in particular, Tomorrow's Game.

Half in lust already with the lead actor Zach, he is shocked when he ends up in Zach's bed. Not just that, but Zach's co-star Rob is part of the package.

Is this just hot sex or can two become three?

NB: This story was previously available through DSP as a short story in 2010. The story has been significantly re-worked and extended. 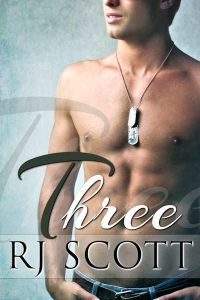 Several beers later and the conversation flowed. There was no shortage of things to talk about: Zach, an actor, Mark, a wannabe screenwriter, Rob, mostly just offering incoherent grunting as he dozed on Zach’s shoulder.

When the offer came to continue the smooth, comfortable conversation back at Zach’s house, where Rob had a room, it was a natural progression of their evening. Zach was such an easy person to talk to, and Mark’s gaydar was in confusion mode. As they talked about all kinds of things, from the show to Hollywood, to Mark’s time in the Army, there had been some flirting, Mark was sure of it, but he couldn’t understand why. Zach was the poster boy for heterosexual alpha male, but he was inserting suggestive remarks into everything they talked about and didn’t bat an eyelid when Mark talked about staying the closet in the Army.

Anyway, if this was Zach flirting, why would he be flirting with Mark?

Mark had never rated his looks; he kept himself fit, his hair was short, and he had a naturally muscled body from years of physical exercise, but he was surely not in the league of Zach Cassidy, be he gay or otherwise.

It wasn’t as if Mark had heard anything about the twenty-six-year-old actor being interested in anyone other than the guest star actresses he was seen out with. Rumor had it he was dating one of the girls who had appeared in a few episodes in season one, a short redhead with a thing for murder.

The thing was, it seemed like maybe, in Zach’s eyes, Mark was a little bit better than ordinary, as Zach pushed him up against the wall inside the front door.

Zach was close; his lips close from Mark’s. “Tell me I’m not wrong. Tell me I can kiss you?”

So much for not being gay.

Mark didn’t even answer. He reached up and twisted his fingers, as best he could, into Zach’s short hair, pulling him toward him, mumbling “Not wrong” as he opened his mouth under Zach’s.

It was overwhelmingly hot, tongues searching out the taste of beer, kisses so deep and hard they curled Mark’s toes and left him short of breath. Zach pulled back to grab Mark’s hands, pushing them above his head and holding them in place, just holding him there for a long while, leaning into him, hard and heavy and needy up against him. Before Zach began tracing a path of open-mouthed kisses from temple to ear, stopping to caress the shell of Mark’s ear with the tip of his tongue, it seemed to Mark that breathing was almost impossible.

Whining deep in his throat, he moved restlessly under the onslaught, impossibly hard and desperate for friction, grinding up against Zach to relieve the pressure. Finally, Zach moved his lips lower, focusing all his attention on the fluttering pulse point in Mark’s neck as Mark just gave in and leaned his head back against the wall, helpless against Zach’s exploring mouth. He wanted to say something, anything, but couldn’t.

It didn’t enter his head to think where Rob had gone until another mouth touched his lips even as Zach was marking the skin pulled taut at his neck. He opened his eyes to find liquid-chocolate-colored eyes inches from his. He must have looked startled; Rob blinked once, twisting his fingers into Mark’s hair and pulling his head further back to give Zach free rein on his neck, taking Mark’s lips in a heated kiss then trailing fiery touches over Mark’s high cheekbones to his ear. “Zach wants you… I want to watch,” Rob said in his sleep-deprived growly voice.