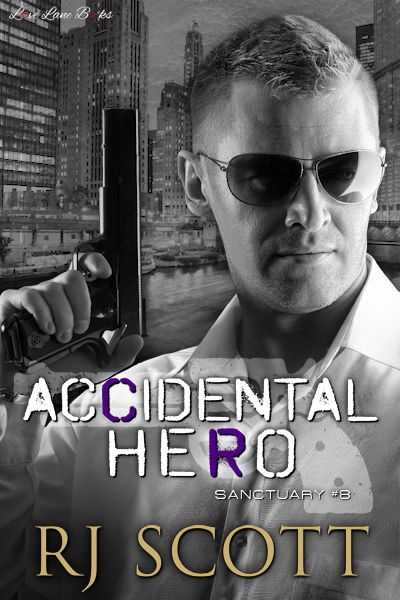 Chicago Cop Simon Grant and Sanctuary operative Cain Brodie, have to be the heroes of their own stories, just to stay alive.

Everyone wants Chicago cop, Simon Grant, dead. Armed with an address, he is on the run and heading for Sanctuary, only to end up at the wrong end of a gun. Is it possible the tall amber-eyed man holding the gun is actually going to be able to help him?

Cain Brodie is in charge of Sanctuary’s new Chicago office, C-Tower. His well organised administration day takes an unexpected turn when he has a man wanted for murder right in his gun sights. Thrust into a situation he has no control over suddenly he needs to be the one in control.

Accidental or not, Simon and Cain have to be the heroes of their own stories, just to stay alive.

Accidental Hero is the start of a new arc in the Sanctuary story and revisits briefly with some of the other characters. This is the story of how one senior administrator could be the only person to save the day. Featuring Cain from Worlds Collide.

This will be the first of three new Sanctuary books.