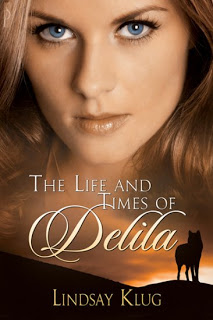 
Delila 2, The Reign of Delila Scheduled for release in 2012, not sure exactly when:

When you rule the vampires, you can expect a few hiccups here and there.

But Delila McAllister hardly expects to find newborn vampires wreaking havoc on her world. No one is sure where the little beasts are coming from, or why they’re not decimating unknowing human populations.

Even as she’s trying to figure out one problem, another arises. Her Alpha werewolf daughter, Ana, is torn between her loyalty to Delila and her pack’s desire for war.

Delila knows what she must do. But can she save herself, her daughter, and her race?

Charlie, who must battle a demonic ex-husband bent on killing her while keeping the seductive new private investigator neighbor at bay.

Adelaide, the junkie who knows the secret behind a blast that rocked the world and brought democracy to an end.

Jonah, a soldier who must put his past behind him to love the woman standing in front of him.

Sloane, a young assassin in a post apocalyptic world who is told to kill the one man she loves.

Madeleine, haunted by ghosts and hunted by werewolves.

Chelsea, the widow of an Alpha wolf and unwitting ally to a rogue pack bent on taking over.