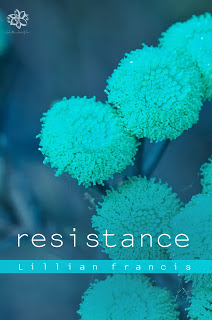 Hi, Lillian Francis here and I’ll be throwing some stuff in a bag and heading to Southampton for the UK Meet in September.

In the meantime I’m here to wave and say hi, especially to all those first timers out there. This will be my 4th UK Meet. I’ve done Brighton and the last two at Bristol. I’ve met some amazing people that I regularly keep in touch with on social media. But, once again I’ll be going alone this year, and it doesn’t matter how many times I do this I still get that scary, plummeting stomach, ‘new girl at school’ feeling as I drive up to the hotel.

The people behind those doors are colleagues, beta readers, and friends, but they are also some of my favourite authors; people who produce works that I can only sink into and experience, people whose words inspire me and I aspire to write as well as. People who stand up for what they believe in, who have life experiences I don’t. Sometimes I feel like a kid who’s managed to sneak onto the grown up table; I know I shouldn’t be there and I’m just waiting for the moment everybody else notices too.

A few of you out there might be saying ‘but you’re one of my favourite authors, I aspire to be like you’. Well, I get scared that no one will recognise me, and I hang back rather than butt into others conversations.

Then I remember that just because I think someone is a better writer than me, or more successful than I am, or a bigger presence in our genre doesn’t mean that they don’t have the same crippling doubts, insecurities, and fears that I do.

So, I take a deep breath, pull up my grown-up pants, and dive in. Fuck the butterflies in my stomach and the heat in my face, I’m an adult (allegedly) and I know these people even the ones I haven’t met yet because we all have something in common.

If you see someone sitting alone and you’re at a loose end, step on over and say hi. No idea what to say. Ask them if they’ve read any good books lately.

If they’re wearing a geeky superhero t-shirt and a white lanyard that person might well be me. I won’t be offended if you’ve never heard of me but I’d still love to talk to you.

My latest release is Resistance and it is the first full length novel in my Village Love series. It’s currently available exclusively at Amazon and to borrow on Kindle Unlimited. Universal Amazon link: myBook.to/Resistance_LF

Add it to your Goodreads bookshelf here.

How long can you wait on a promise?

After his first night with Mal, Rick broke the habit of a lifetime and invited the sexy radiographer to spend the weekend in the sleepy English village he called home. Rick isn’t in denial but he’s afraid to reveal his sexuality in the close-knit community that has known him since he was a babe in arms.

The sex is amazing but equally Mal loves lazy days spent in the garden at Slopy Bottom, and every precious moment he spends with Rick. For Mal the village quickly becomes an oasis of peace, far from the noise and grime of life in London, a slice of tranquillity with Rick at the heart. But Mal has defied his family and his religion to be true to himself, and there is no way can he join Rick in his self-built closet, no matter how comfortable it is…

Rick is afraid revealing the true nature of his relationship with Mal will change the way his neighbours see him. He adores these people, this village, and he can’t face the thought of losing everything over who he chooses to sleep with. When the alternative is giving up a man who has slotted perfectly into his life—a man who he might just love—it’s no choice at all. But, knowing what has to be done isn’t always as easy as putting it into practice.

Lillian Francis is a self-confessed geek who likes nothing more than settling down with a comic or a good book, except maybe writing. Given a notepad, pen, her Kindle, and an infinite supply of chocolate Hob Nobs and she can lose herself for weeks. Romance was never her reading matter of choice, so it came as a great surprise to all concerned, including herself, to discover a romance was exactly what she’d written, and not the rollicking spy adventure or cosy murder mystery she always assumed she’d write.