Chris Quinton is my visitor today for Twelve Days of Christmas.

Chris is offering a copy of Undercover Blues, which received an honorable mention from this year's Rainbow Awards. Leave a comment here to enter the giveaway and the winner will be picked on December 26th at 6pm, GMT. 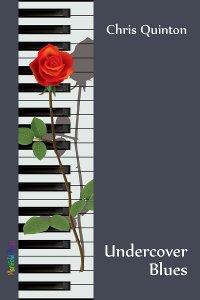 Manifold | Amazon | All Romance
London, the 1930s: With the cooperation of a top-ranking scientist and his son, Tom Langton and Robert Darnley are sent in as bait for a gang that uses blackmail to steal industrial secrets at a time when Hitler’s rise to power in Germany threatens Europe. The two men are friends, but they each have secrets of their own – and both are well aware that homosexuality is against the law. Living in close quarters, having to portray an illegal relationship, adds unexpected tensions to an already dangerous situation.