On Day 8 I have Garrett Leigh visiting, take it away Garrett…


Hey! And thank you, RJ, for having me on your wonderful blog.

I wish I had a Christmas book to pimp, but, alas, I don’t, because it’s usually around this time of year that I get a plot bunny for one, and by then, it’s too late. And don’t even think about telling me to write it now for next year, because this is also the time of year when I don’t have time for unscheduled bunny madness!!

Perhaps 2017 will be the year I decide I really can bring myself to write a Christmas book in July, but I doubt it. So, for now, I’ll have to be content in designing cover art for all the authors who are far more organised than me!

PS: I’m also giving away an ebook from my Heated Beat series—My Mate Jack, or Lucky Man. YOU decide. 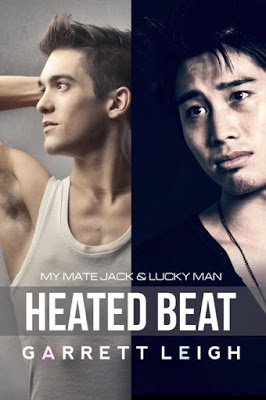 Will Barter’s been in love with his best mate Jack for as long as he can remember. They’ve shared everything: love, life, laughs, even Will’s first kiss. But Jack’s straight, and Will’s long-buried infatuation means nothing until their last summer together draws to a close.

Then one night, everything changes, but with Will bound for university in Leeds, and Jack for his dream DJ job in Ibiza, there’s no time to explore their blurred lines. Before long all that’s left are secrets, lies, and misunderstandings.

In the months that follow, anger and hurt overshadow fifteen years of friendship, and Will must dig deep to remember Jack is his mate… his best mate, and nothing matters more than that, right?

As a diehard music fan, a dirty, smoky gig is Vice Squad Detective Danny Jones’s idea of heaven. While watching one of the most popular bands in Northern England, the sight of gorgeous rock star Finn McGovern changes his life forever.

Beneath the tattoos and leather jacket, Finn is kind and sweet, but when he confesses a dark secret to Danny, it tests their fledgling bond. Danny digs deep to accept Finn, but before long, a terrifying trail of death threatens to tear them apart before they’ve even got started.

A monster is killing prostitutes on Danny’s patch, and when a dead girl turns up too close to home, Danny discovers a heartbreaking link between the girl and his bright new life with Finn, a life he’ll do anything to protect. 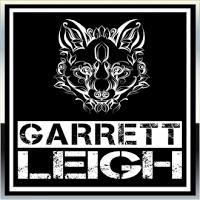 Garrett's debut novel, Slide, won Best Bisexual Debut at the 2014 Rainbow Book Awards, and her polyamorous novel, Misfits is a finalist in the 2016 LAMBDA awards.