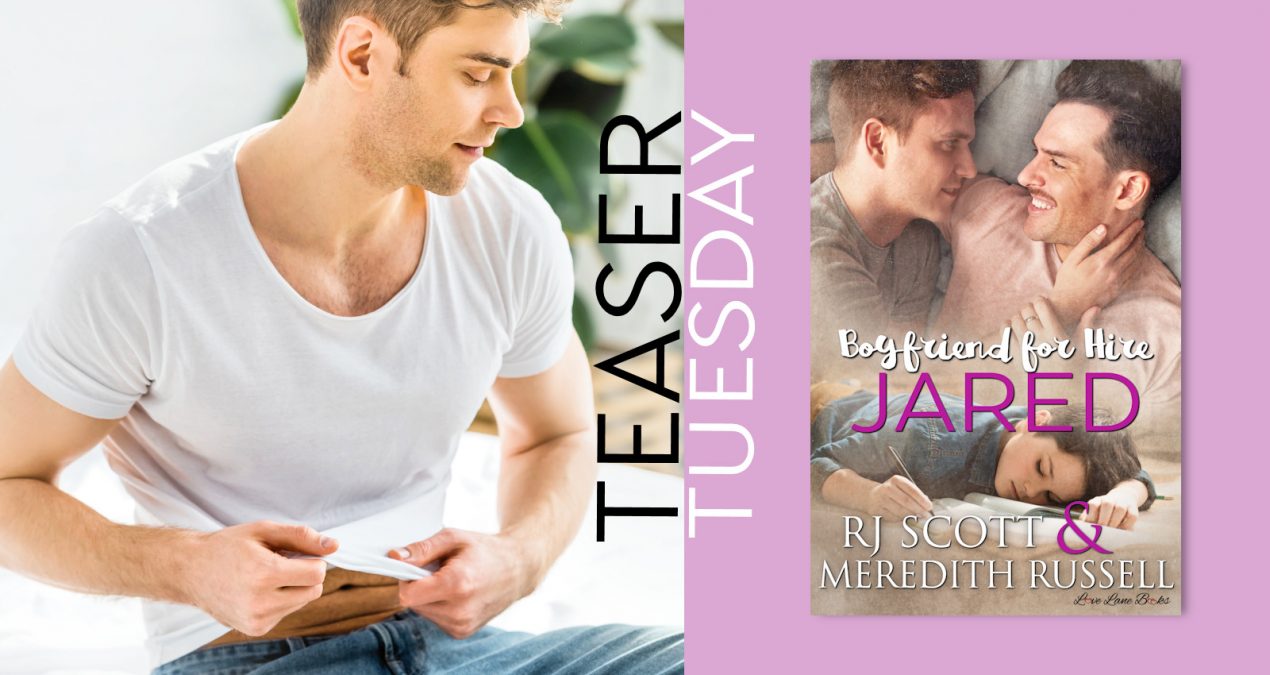 This week’s teaser comes from Jared, Boyfriend for Hire #4.

Jared turned back to the barman, and handed over the money, putting the change in the tip jar as if he had all the money in the world.

“Is Nate not in tonight?”

The man’s glance sharpened in that assessing way where Jared knew he was being judged and possibly found wanting all in one go. Then the narrow eyed glance relaxed as the barman appeared to come to some kind of internal decision.

Jared held out a hand, which the barman took immediately, his grip firm. “Jared, I’m a friend of Nate’s. And Luka as well.” He didn’t know why he added that last part, but it was true. Luka and Nate were mixed together in his head and he doubted that he could stay away from the little family and not see them as a whole.

The barman’s eyes widened and he let out a soft expletive. “You’re kidding me, Jared, right? From the other day?”

He guessed that was the whole Luka thing that was being referred to. “Uh huh.” The barman did something Jared wasn’t expecting. He tugged him to lean over the bar and then manhandled him into an awkwardly stretched sideways hug.

The Montana Series is leaving Kindle Unlimited – Dates for your diary