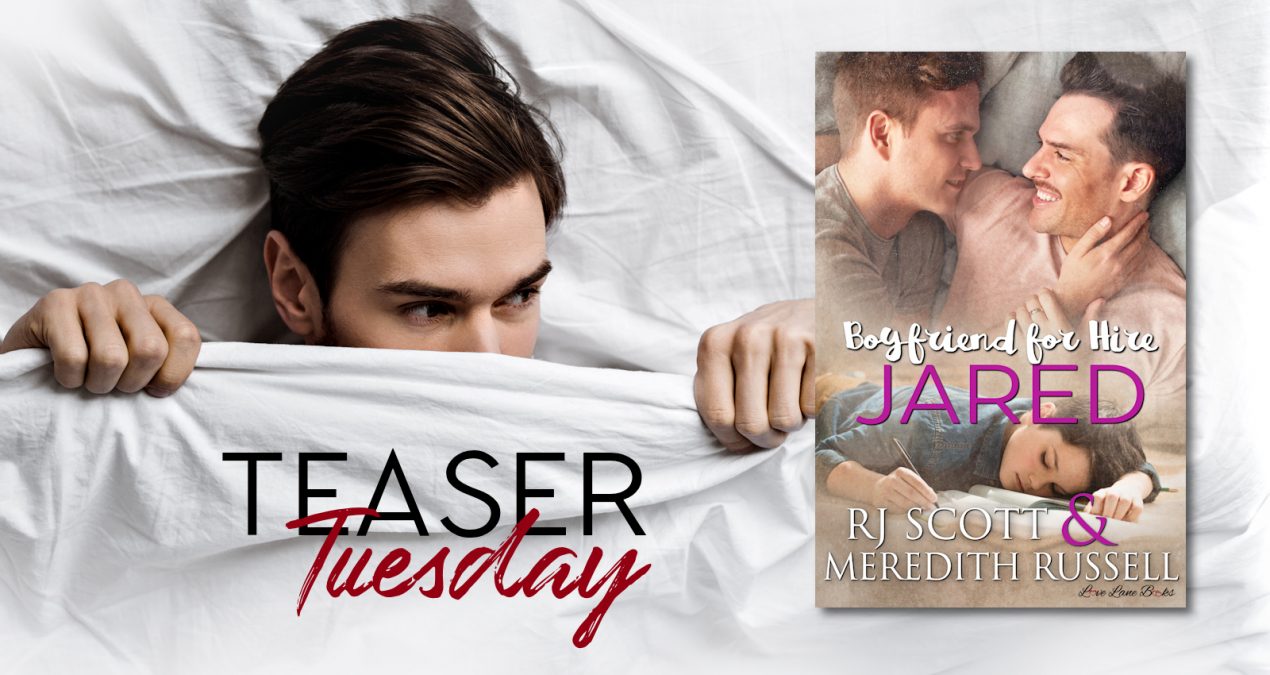 This week's teaser comes from the next book in the Boyfriend for Hire series, Jared. A little snippet of the story so far. Coming later this year <3

Finally, just as Gideon stood up to find his errant PA, Rowan’s voice came through loud and clear. “I’d love to come in babe-sir, but we have a slight issue.”

“What kind of issue?”

Even with the word issue, Jared saw Gideon’s smile at the sound of Rowan’s voice, and it softened his stern expression—made him look less likely as if he was going kill Jared with his stare. It hadn’t taken long for the grapevine to supply the juicy details that finally Gideon had realized his feelings for Rowan and spent an interesting Christmas break in Maine. A year later and they had the same loved up glow even now, although they attempted to keep things professional with clients, the guys who worked for Gideon could see the change. He was softer, happier, and his hard edges had been smoothed away.