Having just written Second Chance Ranch which has two alpha males butting heads, I thought I would pick my three favorite alpha males I have written…

This was hard. I love writing alpha males with soft underbellies, alpha men who would die for their brothers-in-arms, or their families, who love children, and kittens, but will equally be happy to go the whole distance to keep everyone safe. So, after much thinking…

Jack, The Heart of Texas

Jack is solid, and is the one person who can stop Riley and say *enough*. He is Riley's rock, the center of the family, the one that supports everyone.

He is strong, sexy, loves to switch, loves the barn (and knows how to tie Riley up just the right way). Even though I am actually team!Riley, Jack is my ultimate alpha male to write with his quiet ways and his utter determination in life.

This story was written specifically about an alpha, who happens to be part of the Norwegian Delta team. Finn is the ultimate action hero and not only does he rescue Niall, he allows Niall to rescue him right back. Swoon… I love that he is so brave and utterly determined to fight through everything to save the man he loves.

God, it was so hard to find a single guy in among all these alpha males. The one I guess that springs to mind the most is Viktor Zavodny. He first appears in Sanctuary as a bit of an asshole, who is not only an expert in ordnance for his SEAL team, but is also prone to loving and leaving his one night stands. He is the very definition of action hero, all guns and action, and that doesn't stop, even when he gets back together with his one *true love*. He's a complete bastard to start, but by the end he's a pussycat. Swoons again. 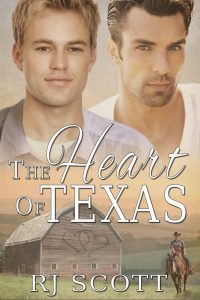 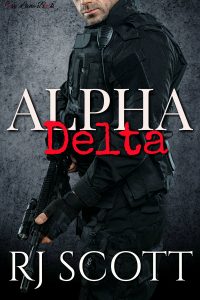 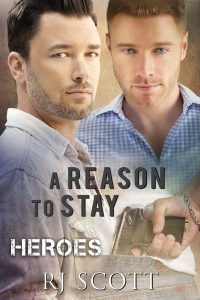 When SEAL, Viktor Zavodny, left small town America for the Navy he made sure he never had a reason to return for anything other than visiting family. He wanted to see the world and fight for his country and nothing, or no one, was getting in his way. He fights hard, and plays harder, and a succession of men and women share his bed.

But a phone call from his sister has him using his thirty day down time to go home instead of enjoying his usual nights of random sex and sleep.What he finds is a mystery on the Green Mountains and the only man attempting to make sense of seemingly unrelated deaths. His childhood friend and first love… Lieutenant Aiden Coleman, Sheriff.

When it’s done, if they make it out alive, can Aiden persuade Viktor that he has a reason to stay? Maybe forever?