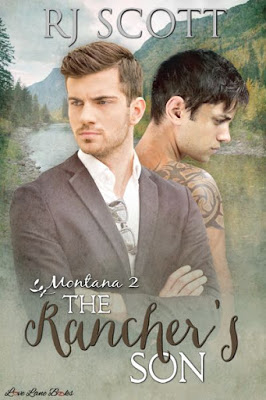 Thanks to Morningstar over at Diverse Reader  The Rancher's Son (Montana #2) and Snow In Montana (Montana #4) are in her Top 20 Reads of 2016!

When he wakes up in the hospital, the victim of a brutal beating, John Doe has no memories of who he is or who hurt him. The cops can find nothing to identify him and he can't remember anything to help… except the name Ethan and one recurring place from his dreams. Two words, and they're not much, but it's a start: Crooked Tree.


An actor in the closet, a sheriff in love, and memories that won’t stay hidden.