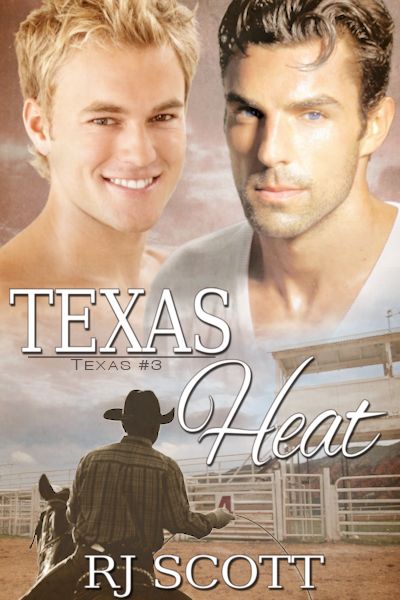 Jack hires Robbie, a man recovering from a great loss, to be his right hand man. Meanwhile Riley's flamboyant mischievous photographer friend, Eli, decides the DD is the perfect backdrop for a cowboy themed model shoot. Eli has secrets not even Riley knows about but despite what he is hiding he falls in lust with Robbie at first sight. Everyone except Robbie can see how perfect Eli would be for him.

Against the backdrop of twenty half naked models on DD land, and in the midst of fighting the oil establishment that just won't give Riley a chance, Texas Heat is the story of one hot summer in Texas with a Gay Rodeo, a bar fight at the Rusty Nail, humor, angst and a love between two men that just grows stronger every day.