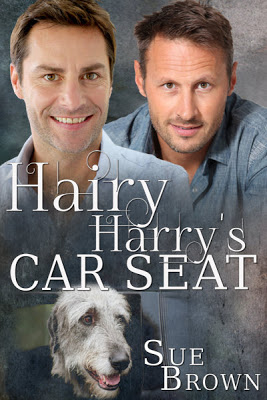 Neither. I am an Earl Grey girl. I used to drink builder's tea, really really strong, because there was always a pot of tea on the table. Then I took black tea during a diet. God, it was foul, really foul, but by the end of three weeks I never went back to milk in my tea.

I hate milk and drink black coffee as well so I suppose it is logical. I switched to Earl Grey about fifteen years ago, and now ‘normal' tea is too strong.
I'm like Captain Jean Luc Picard. “Earl Grey, black.”

I've drunk black tea for twenty five years. Do you think my family can remember this fact?

How do you keep your stories “organized”? I mean, remembering side characters, visuals, background stories, connections…

Um… I wish I did. I want to but I am soooooo disorganised. Trying to remember crucial information like eye colour *cough* Simon in Morning Report *cough* is impossible. I want to be that organised person but I am not.

What is the best and the worst thing about being an author who writes in the m/m genre?
Do you want the honest answer or the diplomatic one?

I am part of an amazing genre which is growing in acceptance and quality all the time. I can write any sub-category I want and find readers. There are some truly wonderful writers that I adore, and I'm learning all the time. Also, the readers… lads, lasses, all open and accepting. What can I say?

The worst… the single thing that drives me insane… that my worth as a writer is reduced by the fact I don't have a dick. Seriously? *mutters rude words*

Thank you Sue… I love the answer to the third question!

Peter Mitchell walked away with from his marriage with two things: a suitcase and Hairy Harry, the family pet.
When Harry becomes ill, Peter is faced with one of the hardest decisions he's ever had to make… saying goodbye to his best friend.

Evan Wells is the locum vet who attends to Harry and Peter is surprised at how quickly they become friends. Peter finds himself looking forward to Evan's phone calls and the meals they share together. He knows Evan is gay but it doesn't bother him until Evan confesses his attraction to him. Peter has to admit to himself that he's not as adverse to the possibility as he thought he would be, and that does bother him.

Excerpt (PG)
Peter sat on the carpet next to Harry’s bed. The huge dog was curled up, and barely stirred when Peter stroked his head.

“Hey, Harry boy,” Peter murmured, “how are you feeling?”

The dog leaned into the caress, but he didn’t move or lick his hand like he normally did. Harry was about fourteen. He’d been a rescue dog and no one was quite sure of his exact age or his ancestry. Harry was an Irish Wolfhound/Terrier mix, all wiry hair and short legs. Peter didn’t know what made up the mix, but it had given Harry a long life. Now Harry was old, and in the last week, he’d spent more time sleeping in his bed than anywhere else, not eating his dinner, uninterested in the world around him. Peter had tried to tempt him with dog food that had cost more than his food bill for the week, but Harry ignored the bowl. He’d managed to wag his tail for Peter, even that was getting weaker as the days went on.

Peter sat as close as he could and rested Harry’s head on his lap. The dog didn’t protest, and Peter was thankful he didn’t seem to be in pain. He leant back against the wall as he stroked him. Harry closed his eyes and went back to sleep.

“I’ve made us an appointment at the V-E-T.” Peter whispered as he spelt out the three letter word. In Harry’s eyes, the worst place in the world to be. At his very first visit, the vet had taken away his doghood, and from then on, Harry had hated the vet, the waiting room and even the surgery car park. Over the fifteen years Peter had owned his dog, he’d been thankful that their visits had been limited to the annual vaccinations because, despite his pleadings to Harry, every visit had left Harry muzzled but triumphant, the vet shaken, and Peter with long scratches. The vet was a saint in Peter’s eyes and the devil incarnate in Harry’s.

Peter had delayed taking Harry to the vets because he hadn’t wanted to stress him, but now it was past time, Harry was deteriorating day by day. He’d begged for a half-day from work to take him to the vets. His boss had agreed reluctantly on the understanding he made up the hours later in the week.

Peter pressed a kiss to the top of Harry’s head. “I’m going to get my shoes on.” He laid the dog back in his bed and got to his feet, stretching out stiff muscles. Harry stayed where he was, his eyes closed, as Peter got ready to go out. Even the rattle of the lead failed to interest him.

Then it came to the actual journey. Harry was a big old dog, and Peter had to carry him down the stairs and get him into the car. Peter sniffled, trying to hold back the tears as he placed Harry on the back seat of the car. He’d always sat in the front seat if Peter was on his own, sitting bolt upright so he could see out of the window but he needed to lie down and he didn’t fit in the front seat. Harry loved travelling in the car, finding the world endlessly fascinating. As Peter drove Harry would give his opinion on what he saw, from a growl at cats to a high whine at other dogs. Harry had an opinion on everything. If Peter’s kids were in the car he would be booted to the back seat, grumbling his disapproval, and would flop over whoever sat next to him to make his point. His hair stuck to every seat, covering anyone who shared Peter’s car, but the front was the worst. The kids called the passenger seat Hairy Harry’s seat, and laughed as unwitting passengers got covered in dog hair.