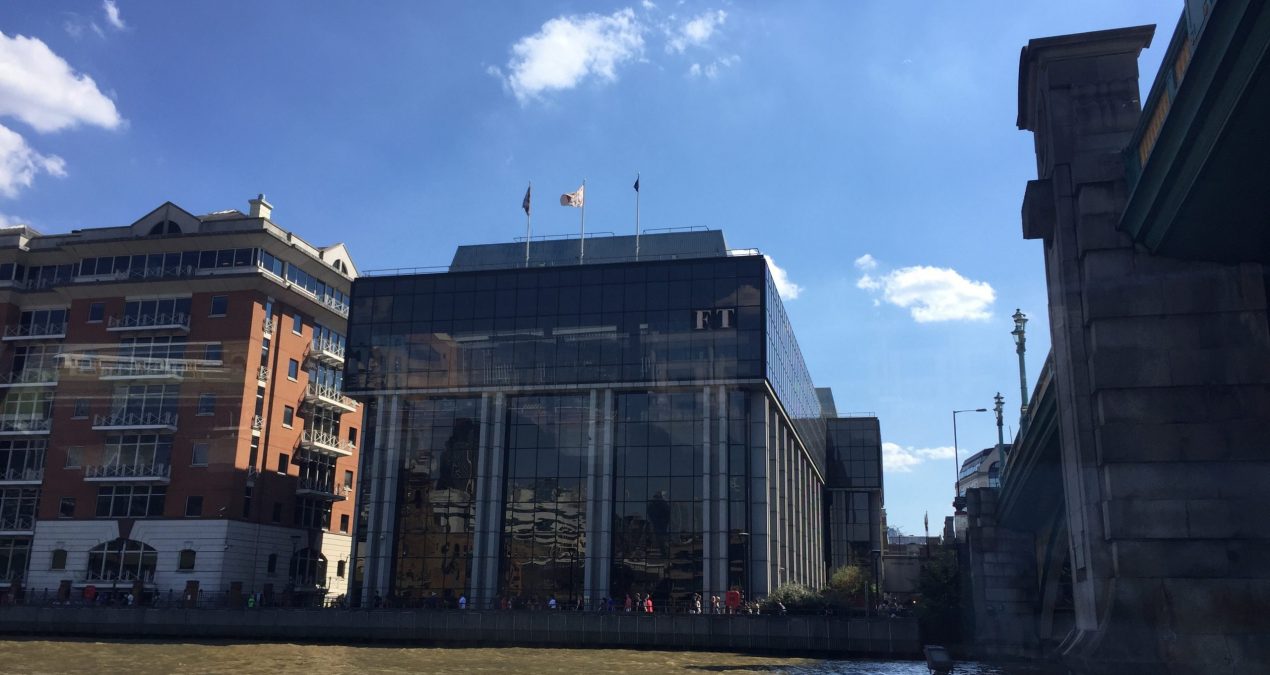 by Rachel Maybury
300 views
No Comments
0

I’ve been fascinated by London and it’s history ever since I can remember, but it was amazing to see the city through the eyes of a visitor. Taking Vicki on a boat trip down the Thames is actually a first for me!

The FT building is on the site of Shakespeare’s Globe, and the pub is so old that it is where the actors changed before performances. 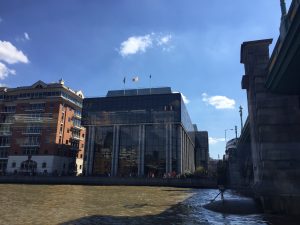 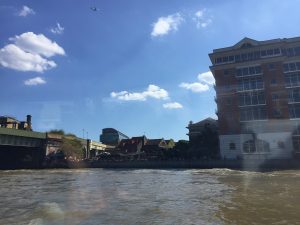 The first Globe was built by the company Shakespeare was in – the Lord Chamberlain’s Men. In 1599 the theatre opened and was a huge success.

Probably the first Shakespeare play to be performed at the Globe was Julius Caesar, in 1599. Some other Shakespeare plays first performed there are: As You Like It; Hamlet; Measure for Measure; Othello; King Lear; Macbeth and Antony and Cleopatra. Other playwrights wrote for the Globe, including Ben Jonson, Thomas Dekker and John Fletcher.

Disaster struck the Globe in 1613. On 29 June, at a performance of Shakespeare’s Henry VIII, some small cannons were fired. They didn’t use cannon balls, but they did use gunpowder held down by wadding. A piece of burning wadding set fire to the thatch. The theatre burned down in about an hour.

The company built a second Globe on the brick foundations of the first in June 1614. It was the same size and shape, but was much more extravagantly decorated; the company could now afford it. It also had a tiled roof, not a thatched one. This was closed by an Ordinance issued on 6 September 1642.

In September 1642 the Long Parliament ordered a closure of the London theatres. The order cited the current “times of humiliation” and their incompatibility with “public stage-plays”, representative of “lascivious Mirth and Levity”. The ban, which was not completely effective, was reinforced by an Act of 11 February 1648. It provided for the treatment of actors as rogues, the demolition of theatre seating, and fines for spectators.

In 1660, after the English Restoration brought King Charles II to effective power in England, the theatrical ban was lifted. Under a new licensing system, two London theatres with royal patents were opened

The current Shakespeare’s Globe in London can be called the third (reconstructed) Globe. It is the work of many people; but it would never have been built without the persistence of the man who first had the idea – Sam Wanamaker.

In 1970 Wanamaker set up the Shakespeare’s Globe Trust to actively pursue his long-term dream of building a reconstruction of the original Globe theatre. It took 23 years to find land, get planning permission and raise the money for the work. He died in 1993, while the building was still under construction.

You can find more information about The Globe here.