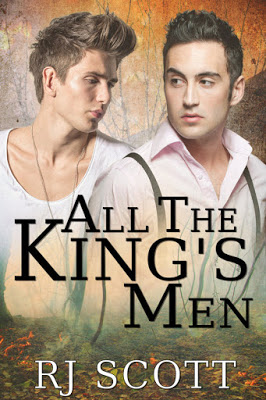 Sex in romance books is a thorny subject and one that comes up (pun intended) every few months or so alongside the ever present *woman can't write gay romance* issue.

A friend of mine wrote a novella, and in the review it said *even though there was no sex, it was good* (I am paraphrasing there, but yes, the sentence started with *Even though*)

I get why sex is important and why it is measured in books by some reviewers, readers and even writers. I often sit and think, would it better to have a sex scene here, or maybe a scene where there is kissing and talking. I ask myself is sex important here, or would I be shoe horning it in.

I'm not known for having sex in every book, if you want detailed sex then Texas, or Three, is your best bet, but I want to share a sample of my writing here. It's from an old book, one of my earliest; All The Kings Men.

The smoke was no longer a suggestion or a maybe. It was starting to get into the air they were breathing and in their noses, the scent of burning pine and acrid smoke. Ryan did his best to hide the little girl’s face in his neck, urging her to breathe gently, and with his other arm, he attempted to support Nathan more, hearing the rasping in his lover’s chest, knowing he must be in so much pain.

Every so often he looked back. The last time he could swear he saw the fire jumping from one tree to another at the top of the mountain, his imagination hearing the spits and the crackle and the roar of the fire eating away at everything in its path.

He knew it was a mile, maybe less, to the base of the hill and to the highway. Surely there would be something there, some kind of rescue for those people like them that had been trapped on the side of the hills. The highway must provide a natural break for the fire. If he could just get Nathan and the girl to the other side…

He saw more cars tossed like children’s toys to the side, mostly empty, some with people—bodies—with no life in their eyes. Ryan couldn’t bear to look, wondering how these nightmare images would visit him when they were safe.

Nathan stopped. Ryan couldn’t bring himself to not look. He saw a man trapped in the car, his face covered in blood.

The man’s face was twisted in agony. A woman lay dead in the seat beside him, and the spectre of the fire behind them danced, sending pinpoints of light onto the black polished metal of the car. Weighing his options—keep moving or leave a man to die—Ryan didn’t hesitate. He placed the child on the ground and encouraged her to hold Nathan’s hand. He instinctively pulled on the door handle of the distorted car. It wouldn’t move, but with no glass in the way, he leaned in over the body of the dead woman whose eyes were wide, frozen in horror. He could hear the man’s voice, broken and scared.

Ryan leaned in closer, cataloguing the extent of the damage. The engine had been forced back into the car, leaving the passenger dead and the driver, the man, with his legs trapped and mangled. There was so much blood and the guy’s expression was dazed.

He would have to pull the man free, but he could see there was no way. Even the fire department with the Jaws of Life would take longer than he had. Tears pushed at his eyes, angry, frustrated tears, and he pulled back abruptly to return to Nathan, starting to slide an arm under his friend to resume the walk.

“Wait, we need to—” Nathan coughed, and Ryan lifted his chin, looking deep into green eyes wide with fear.

“I can’t help him; there’s no time. I have to get you and the girl to safety,” he said clearly, feeling his stomach churn and heave at the thought that he was condemning a man to die.

In this book Ryan and Nathan escape from an earthquake in LA, a city is destroyed in front of them, and forest fires are spreading down to the highway. They are both hurt, they have a child they found and who needs them.

I remember being shocked at the time, because WAIT, these two men are broken, running for their lives, they have to run, they wont stop for a quick shag in the forest.

BUT, what did the reviewer mean really? I like to think now, that what they meant was … if a reader was reading the review that they should avoid this particular book if what they were looking for was a sex heavy book.

Not that the reviewer thought a quick blow job would be appropriate whilst escaping a forest fire and aftershocks.

What actually qualifies as sex in a book? 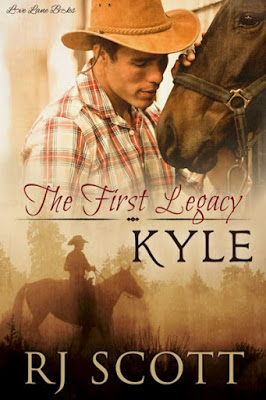 So, what is sex? I've seen that a lot of discussion among writers and readers recently. Quite a few of my friends have had reviews, along with me, *could do with more sex* or *there was no sex*.

Like All The Kings Men, Kyle is a story where the concept of sex and love is a little skewed. There is an epilogue to ATKM where there is a romantic scene (yes I caved in and added an epilogue with, you guessed it, the sexeh times).

In my mind as I wrote them, Kyle and Jason DID have sex, or more importantly, they make love in ways that fit within the constructs of everything they have been through. The fact that a certain scene happens at all is only because they find a quiet place in themselves where they can let love and trust in.

I don't think I have seen a single review for Kyle that says there should have been sex; I've seen a few, that like ATKM, warn there is no *sex* with the proviso that it would have been utterly inappropriate.

I get why reviewers have to say this. Because to some readers, unless there is penetration, then there is no sex, and some readers just need that validation of penetration meaning sex has been *done*.

Are you a reviewer? Do you feel the pressure to warn on levels of sex in a book? Readers, do you specifically look for some penetration meaning sex? Writers, do you feel pressured to write sex?

What do you think?