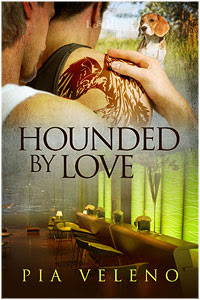 There’s a dragon on my dashboard. His wings, once shimmering, are now faded, and his neck is bent awkwardly against the windshield, but he’s still the most beautiful dragon I’ve met. The dragon didn’t have a name for many years. Now, I call him Tony, after the man who gave him to me. It took all this time to realize it was the name he needed to carry.

Tony gave me the dragon about fifteen years ago. He told me it was a guardian dragon, and it would always watch over me. It has. Tony the Dragon has guarded me through more than just driving. He gave me the strength to breakup with the guy Tony thought was bad news. The guy wasn’t as bad as Tony worried about, but he was bad for me. After I left that guy, I lost track of a lot of friends, but the one I missed the most was Tony.

I met Tony at a pagan gathering. It was a small apartment in Manchester, and I was ever the introvert, so most people came and went without me realizing they were gone, but Tony became a dear friend when I needed someone I didn’t share with the failing relationship.

Stuck in traffic this week, I reached out and stroked the dragon’s head. Tony, I dubbed him. Tony left my life without either of us intending it to happen, but I have to believe the Goddess brought him to me for a reason and, fulfilling that need, he and I both moved on to the next of life’s lessons. Tony’s gift of the dragon mixed with his concern about my living situation inspired me to truly let go of a lover I cared for deeply, but could not keep in my life if I wanted to keep my self.

I may never find Tony again, but the dragon will never let me forget. For that I’m grateful.

There are no dragons in Hounded By Love but there is one beautiful beagle. She reminds me of yet another friend I had to let go He is not a friend I’m ready to share, but next time you hear a fire truck, bay like a hound dog with me. Ra-oooo…

Bas Korbas has more friends than he can count. The lead singer of Hecate's Hounds has a voice that melts men and women alike. He never goes home alone, and rarely has a moment to himself when away from his bed. Despite all of the attention and the success of his band, Bas feels alone, stuck on the outside, looking in, waiting for someone to come and make him whole.

Reed Parker likes his quiet, secluded life in his mountain home tucked away on the outskirts of town. He's not looking for love, just peace. When Bas “The Hound” Korbas storms into his life, and ignores the brush offs and explosions that have, without fail, driven other men away, Reed must decide if he should build his walls higher, or let Bas pull them down.