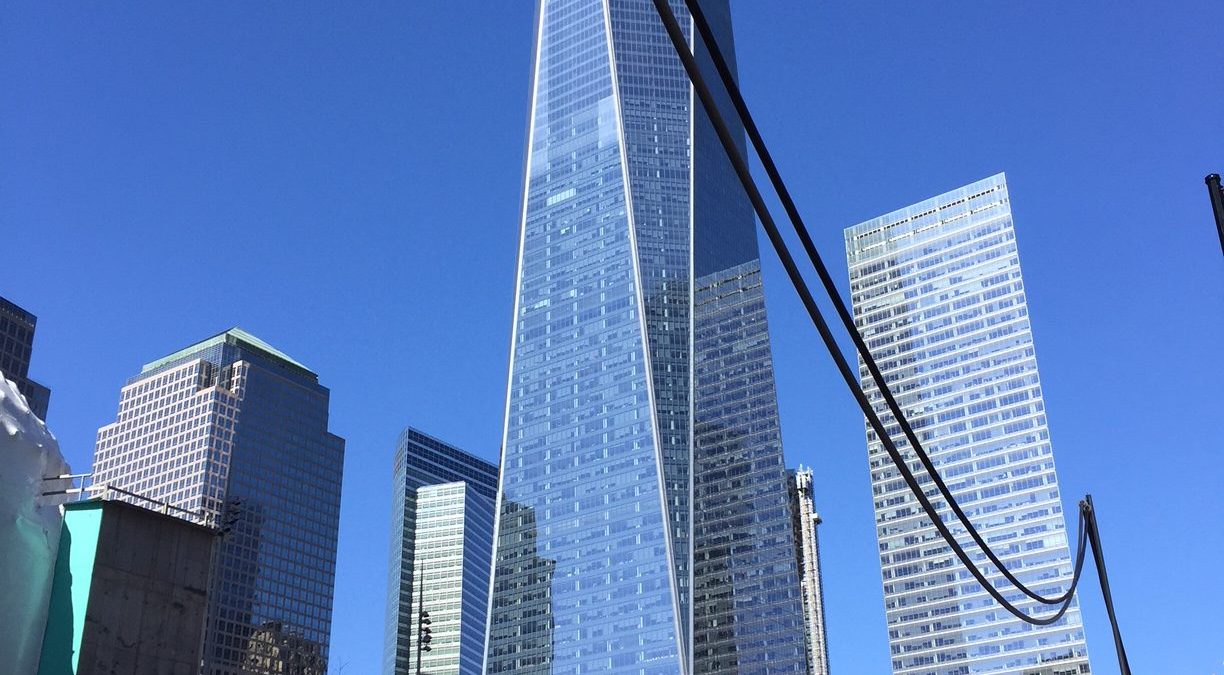 by Rachel Maybury
519 views
No Comments
0 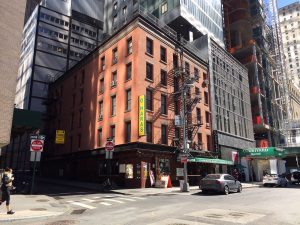 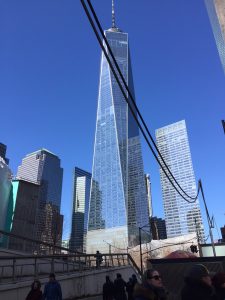 This is the pub from Love Happens Anyway and the view from the front of the pub back to the tower.

Seeing something in real life that you have only seen in pictures is amazing. There are small things I could have added to the book about the fact the pub is just outside the ring of concrete blocks that surround the tower. Or the tour groups. Or the general quiet from everyone at the towers and the reflecting pools. Or the way the pub would have been covered in dust and people may have taken shelter in there.

Incredibly moving day. More to follow when I get home. <3

Ian was here first, I knew he would be, and he went behind the bar immediately to help me with the glasses, before turning his attention to wiping down the bar. I’d already done that; doubted it could get any cleaner, but I didn’t stop him. I think he’s as nervous about this re-opening as I am, just for very different reasons.

I took a moment to look around me, at the legacy my parents had left me and Sara. Halligans was no themed bar like the ones in Times Square I’d visited as research. Every plaque on the wall was real and donated over the twenty years that Halligans had been open. Up there, right near the bell that marked last call, was the plaque that the shift gave my mom after my dad died. Right next to my Uncle’s police patch.

In fact that whole area was like a shrine to what happened that day and every item in this place had meaning, from the pictures on the wall to every single cut and mark in the old wood.

The first contractor we’d hired said we should rip it all out, he lasted about ten seconds before I’d politely informed him that he really hadn't read the brief. The second contractor employed former service guys, we hired him on the spot.

Because he knew. A former soldier, he knew in his heart the value of each piece of this bar, what it meant to us and what it meant to the people who used it, and the memories of so many years of success and loss polished into the old place.

And when I say old, it’s old. Built over a hundred years ago it was solid red brick and had lasted through war and terror, and never stopped serving. Somehow it had become a living monument to the men and women who serve, and Sara and I were part of that.

“Hello sweetheart,” Mom said from behind me, coming out of the kitchen with a tray of glasses.

“Lester is fighting with Jimmy over the nachos again, but I sorted it.” I took the glasses from her and then pulled her into a hug. This had been her father’s place, and she’d taken it over when he died, thirty years ago. She’d been younger than I am now, but with her new husband by her side, they’d moved Halligans into the nineties and made it a success. When dad retired from being a Firefighter to work at the bar full time, the party had been huge. He hadn't wanted to stop being a firefighter, the job was in his blood, the same as it is mine. but he’d made the decision to be with my mom, and they’d moved into the sprawling loft apartment above the bar with myself and Sara in tow.

And then, when I was thirteen the towers fell, and my dad ran the three blocks, telling my mom to close the doors, to stay safe.

He never came back.

I hugged her now, and Sara pushed herself in for our family hug.

“Dad would have been proud,” mom said, “of his kids and this place.”

That was all she needed to say, Sara and I knew that he’d be proud of us, we saw it in every hug and word of love from mom. We moved to the window, like we did every time we were together here, and looked up at the tip of the shining tower that dominated the financial district sky line now. Crystal and metal reached for the sky, and it was beautiful, I never tired of seeing it, thinking of my father and his brother, running into tower two, not knowing if they’d make it out, but convinced they were doing the right thing.

Thinking of you, I murmured softly, and my mom and Sara said their own thing, like we always did before we went back to work. Sara’s husband, Lester, was in the kitchen, Sara disappeared into there to help, the bar was clean and the beer was cold, and it was getting close to our two pm official opening. I didn’t expect crowds of people, cops, firefighter, paramedics, the type of people we attracted here, had all kinds of varying shifts and we wouldn’t have tourists in here on day one, the sign on the door was explicit for that.

But we would have family and friends of people we knew, and by the time it was ten minutes past two there were fifty people in the bar and it was noisy. I didn’t see Derek, but part of me never expected to see him. He’d said he would come, but I haven’t heard from him since our trip, and thought that actually this could well be a step too far.

I took a rest break, just to catch my breath, and it was on the way back that I caught sight of him, and my heart jumped. In jeans and a blue button down he had his back to me, but I knew it was him, and he was looking at our gallery of photos, a beer hanging loosely in one hand, the other pushed into his pocket. I’d recognize that man anyway, just from the way he held himself, the way his hair fell in loose waves at the back that just skimmed the shirt, and the way he was absolutely still.

I stepped closer. Should I interrupt him? The wall was pictures from that day, the side of Halligans thick with dust, the emptiness of the skyline behind it, the starkness of twisted metal, the badges of those friends who didn’t make it back. It was a spot where people could think, every much as the memorial which was only three blocks from here.

His whole body sighed, I don’t know how else to describe it, but he slumped a little and then drew himself tall, and I knew I could interrupt and talk to him now.

“Hey,” I said, and bumped elbows with him.

“My dad, and my uncle. Both served, my dad a firefighter like I became, my uncle a cop. They didn’t even think about not running toward the devastation.”

“It seems trite, but I’m so sorry for your loss,” he said, and leaned into me a little.

“Thank you.” I was used to giving that reply, and most of the time that ended the conversation but maybe Derek needed to talk about the morning everything changed for us all.

“We were thirteen,” Derek said, “both of us in school that morning.” He pulled his hand from his pocket and briefly touched mine, probably wondering how much the crowd knew about me. I appreciated the gesture, but laced my fingers; I didn’t have secrets as a serving firefighter and I didn’t have them now.

Apart from not telling my mom and sister how I got the last money that helped us across the finishing line.

“I think we all grew up so fast that day,” I said and his smile was reassuring that he agreed with my observation. I needed to change the subject because his eyes were bright with emotion. “What do you think of Halligans?” I asked and turned him away from the memorial wall.

“I love it, the concept of it, which isn’t a concept at all.” He smiled at me, “I love how each part of it has memories, and that there is history here. Was it your dad’s bar then, after he retired?”

“Mom and dad invested in the place, when he retired, and it was hard after he’d gone, but we all worked here as much as we could, and then last year a car took the corner a little too fast, took out the corner, made the whole building unstable, at the same time as…” I tapped my leg. “Y’know, so I invested, my sister and husband invested, we wanted to rebuild, revamp, all without destroying the feel of the place.”

“You get a lot of service guys in here?”

“Then yeah, you’ve done it right, it’s a second home, a place to reflect, and talk, and create that other family we all need.”

He sounded sad but he got it. He didn’t see it as bricks and mortar, or a chance to make money, he understood that this place meant something.

Gifts for the Season – Charity Anthology – Available to pre-order

Have you read? – The Decisions We Make