This month I've invited the fabulous Jay Northcote to guest on my blog.

Favourite Tropes in Gay Romance
Hi,
Thanks to the fabulous RJ Scott
for offering me a guest slot on her blog. It’s lovely to be here 🙂
As a writer of gay romance, I
sometimes feel that I’m writing the same story over and over again. I suppose
in a sense I am. When we pick up a romance book, we always know how it will
end. The HEA is why we read it, and why we love it. The story is all about the
journey, how those two characters connect and end up together. But inevitably
there are a lot of common themes and tropes that recur, and as a writer it’s
really tempting to keep writing my favourite ones.
Anyone reading who knows my work
might be able to guess some of my favourite tropes to write, but for those who
don’t, the themes that tend to keep cropping up in my stories are:
Friends to Lovers
I love it when the characters
already have that basis of friendship on which to build a relationship. But I
also love the vulnerability, and potential for heartbreak when they fear their
feelings aren’t reciprocated.
Sexual partners to lovers (fuck
buddies, escort and client…)
My characters often fuck first
and fall in love later. Personally I think this is pretty realistic, and it’s
also fun to write if you like writing sex scenes—and I do. The challenge for me
is to show their developing relationship through the physical connection in a
way that makes the sex an integral part of the story.
My very first release, Nothing Serious, was a fuck buddies to lovers story and
since then I’ve written several other stories where my characters jump into bed
long before they fall in love. My most recent release, Like a Lover, (see below for more details) deals with an
escort and his client falling in love.
Sexual discovery
Some of my books get labelled as
GFY (gay for you), and I can understand why. But I prefer to think of them as
stories of sexual discovery. In many cases sexuality is way more complex and
subtle than gay/straight. I enjoy exploring that diversity through my
characters and their relationships. How they choose to identify themselves may
vary. For example, Mac and Jez never really identify as gay in Helping Hand. But they end up in love with each other and
are okay with that.
First Love
This ties in with the sexual
discovery trope, but it’s about so much more than just the sex. I adore writing
the tentative, uncertainty of characters as they fall in love for the first
time. I think anyone who has ever been in love, always remembers the first time
they felt it, how powerful it was, how all consuming. That sudden realisation
of, Holy shit, so this is why there are so many songs and books
written about this!
So, yeah. I never get tired of
writing (or reading) about characters taking that leap for the first time.
I suppose it goes without saying,
that all of the tropes I love to write I also love to read. But for my
favourite tropes to read I would also add the following:
Forbidden love
I have a huge soft spot for
characters who have to hide, or try to deny their feelings. Priests, young men
in homophobic religious communities… they’re my kryptonite, as long as they
get their HEA.
Sports stories
This ties in with the forbidden
love theme, as at least one of the characters is usually in the closet and
fearing being outed. But I also love the whole locker room, masculine, team
bonding vibe in sports stories. Hockey is a particular favourite for me.
What are your favourite tropes to
read? I’d love to know. Please tell me in a comment. Thanks for reading! 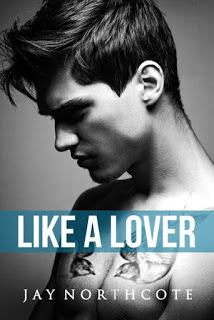 Josh has a plan: get through uni
with a good degree and no debts. Focused on his goals, he’s working as an
escort to pay his way. He enjoys the no-strings sex and doesn’t have the time
or inclination for a relationship. Falling in love definitely isn’t part of the
deal—especially not with a client.
When Rupert meets Josh in a bar,
he’s smitten on sight. He’s never paid for sex before, but when Josh
propositions him, he can’t resist. He should have known one night would never
be enough. Luckily for him, he has an inheritance to support his addiction to
Josh, because his job in IT wouldn’t cover the cost.
With each appointment the lines
get increasingly blurred. Something is developing between them that feels more
like a relationship than a business transaction, but they come from different
worlds and to go from client-and-escort to lovers seems impossible. If they want
a future together, Josh and Rupert have a lot to overcome.
Buy Links:
Amazon: http://www.amazon.com/dp/B014O4TCMY
Universal Amazon Link: myBook.to/likealover_jayn

All Romance Ebooks: https://www.allromanceebooks.com/product-likealover-1881894-149.html
Excerpt:
“I like your lip ring,” Rupert said. His gaze dropped lower
to Josh’s collarbones. “What are your tattoos of?”
“Swallows.” Rupert would just be able to see the wing tips
that showed in this low-necked T-shirt. “Two of them.”
“Have you got any other tattoos?”
Josh gave a slow, teasing smile. “Maybe. Do you want me to
show you?”
Rupert met his eyes again. There was a flicker of
uncertainty before he answered. “Yes. I’d like that.”
Josh turned over the possibilities in his mind. It had been
a long time since he’d had sex for anything other than for money. He usually saw
clients at least three nights a week. They scratched the itch for him, and he
didn’t have the time or inclination to hook up with other guys. He hadn’t dated
since he’d started working as an escort. Josh didn’t like lying about his job,
but most guys didn’t want to date escorts.
It would be easy to pick Rupert up tonight, though, and have
no-strings sex with him for fun rather than cash. But Josh’s rent was due.
“Me too. But it’ll cost you,” he finally said.
Rupert frowned, obvious confusion crossing his features as
he tried to make sense of Josh’s words. “What? I don’t—”
“You’re hot, and I wish I could do this without asking you
for money. But a client let me down this evening. I have a hotel room booked
and paid for next door, and I need someone to cover the cost for me.” The lie
came smoothly. “I can’t afford to have sex for free tonight.”
Rupert’s mouth dropped open. Shock was evident on his face,
but there was something else that was harder to read. His cheeks flooded pink
again and his eyes went dark. “You’re….” His voice came out husky, and he
cleared his throat. “You’re a….”
“A sex worker. An escort, to be precise. Hooker, rent boy,
you get the gist. I’m an expensive one too. But my clients think I’m worth the
money.” Josh waited, tension making a muscle tick in his jaw as he forced
himself to stay still and hold Rupert’s gaze. On the occasions he’d tried
picking up clients face-to-face, their reactions had varied. Interest, anger,
excitement, disgust… he’d seen them all. He steeled himself, ready for
rejection.
Rupert licked his lips. “How much?” he finally asked.
Author
Bio:
Jay lives
just outside Bristol in the West of England, with her husband, two children,
and two cats.
She comes
from a family of writers, but she always used to believe that the gene for
fiction writing had passed her by. She spent years only ever writing emails,
articles, or website content. One day, she decided to try and write a short
story–just to see if she could–and found it rather addictive. She hasn’t
stopped writing since.
www.jaynorthcote.com
Twitter
Facebook profile
Facebook Author
Page
Jay’s books