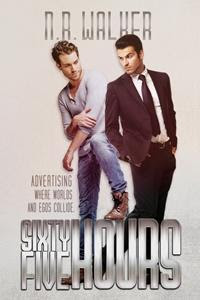 Sixty Five Hours: A free read at All Romance ebooks.

Blurb: Cameron Fletcher and Lucas Hensley are advertising executives who have Sixty Five Hours to pull together the campaign of their careers.

Review: I've not read a contemporary NR Walker that I haven't enjoyed. I loved this story, cute and sexy and entertaining… my kind of story.