Many thanks to Crystal's Reviewers for their review of the Bodyguards Inc series over here. 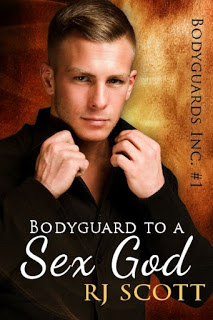 The Book
Bodyguard to a Sex God

Bodyguard Adam Freeman draws what everyone else thinks is the short straw at the convention for a procedural cop show – as bodyguard to TV actor Logan Brady. Or as the Internet has labelled him, Logan ‘Sex God' Brady.

Logan is taking part in a convention at a London Hotel for his show ‘Night Cop' and someone is threatening his life.

Adam gets more than he bargained for when his client combines coming out of the closet with them both trying to stay alive.

When Bodyguard, Ben Collins, finds Daniel Lincoln in a room, hiding and hurt, he doesn't immediately think Daniel is the victim of abuse. Daniel is good at pretending and being a finalist in a TV singing competition he seems like he has it made.

But something about Daniel calls to Ben's need to protect and he hands Daniel a card to contact him if ever Daniel needed help. Abruptly, after one frightened phone call from Daniel, Ben is racing to Daniel's aid and what he finds is a horror he can't imagine. 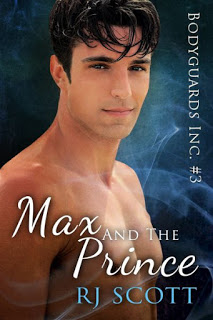 Bodyguard Max Connery is used to being mistaken for being younger than he is. Being carded every time he buys a beer is usual. Even though he's just turned twenty eight and has two tours in Afghanistan as a pilot under his belt. When a threat is made on the life of a prince attending University in the UK, Max is the perfect choice to blend in with students and to keep Prince Lucien safe. Even if it means joining the swim team to be by his side. But, when death visits the University, abruptly this job is a long way past keeping the prince happy and safe. Instead Max has to keep Lucien alive.