by Rachel Maybury
264 views
No Comments
0

My snippet this week is from Last Defense the latest book in the Harrisburg Railers series written with V.L. Locey.

A security guard peeked around the door and winked at me. I wanted to die. Right there.

“I don’t flirt,” I snapped. I stalked around Max and Pete and went off to find Layton Foxx. Determination hot in my breast kept me from looking back to see if Max was checking out my ass. I hoped he was and I prayed he wasn’t. 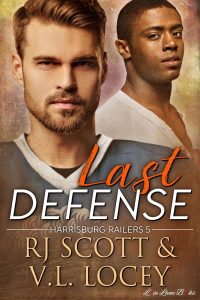