Sticking with the Christmas theme because, well, it's Christmas, this week's Snippet is from my recent release, Love Happens Anyway.

There were no kittens, I made those up, and the spider story. The word spider came about because when I’d been talking to my mom about Marcus and the kittens, a tiny spider had crawled over my notes.

I closed the notebook in which I had the names of five kittens with their various characteristics listed.

Mom wanted to meet Marcus, any night, any lunch, anytime.

Because that was another thing I had made up.

There was no Marcus either. 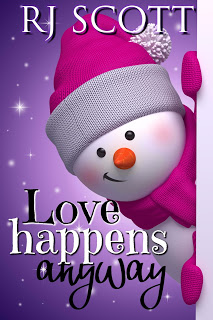 Sprinting… how I break down my writing