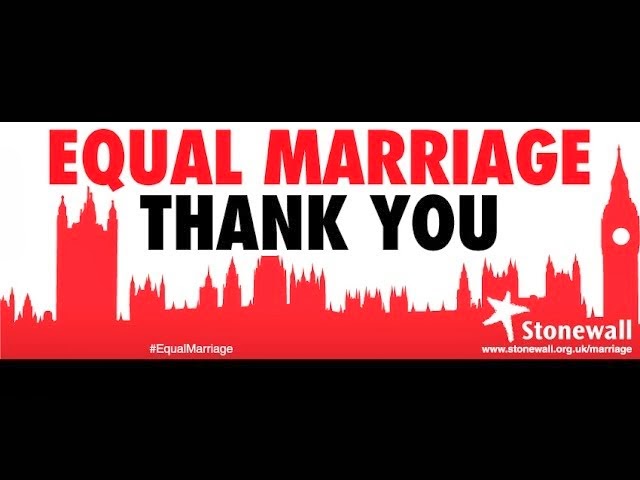 CONGRATULATIONS to you all…


I am so bloody proud of my country and the fact that common sense has prevailed.

At the end of the day there is a whole lot of people still bitter that common sense overcame their concerns, most of which appeared to revolve around what defines *marriage*. Allegedly what has happened here in my country is that those of us who support the changes in marriage law are looking to undermine *traditional one man one woman marriage*.

Andrea Williams, chief executive of Christian Concern, said: “We can't just redefine an institution – redefine something that always has been – because we say it's something that we want. “This is actually very self-centred. This is not about rights, it's about seeking cultural dominance and seeking to redefine marriage for all of us.” (BBC News) 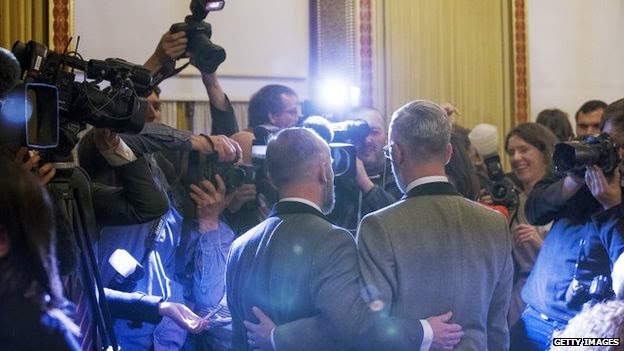 Having been married to hubby for nearly 21 years, in the *traditional one man one woman* sense, I can tell everyone now, I don't feel undermined. I just feel so damn happy that the things I wanted in my life that meant I wanted to be married, are now available to same sex couples in love in the country I live in.

And as to the whole thorny issue of religion? Archbishop of Canterbury Justin Welby told the BBC that the Church of England would now drop its opposition to same-sex marriage, as Parliament had spoken. The law's changed; we accept the situation.


Okay, so he isn't coming out in support but he's seeing that his church have to accept that the majority have spoken. 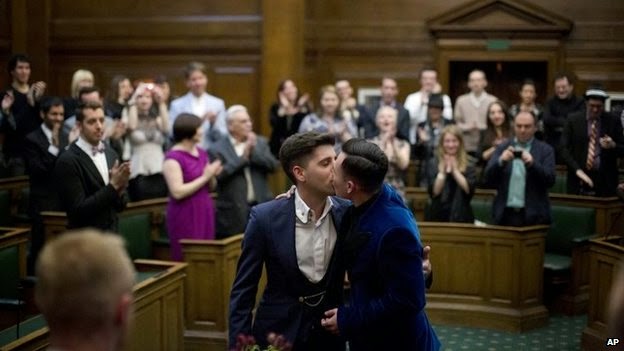 Mr Cameron said: ‘Making marriage available to everyone goes beyond individual relationships, proposals and weddings– it says something deeper too about the sort of country we are.This is a country with proud traditions of tolerance, respect and equal worth. With this reform we are being true to those values. In turn we are sending a powerful message to young people growing up who are uncertain about their sexuality: we are telling them that they are equal.’