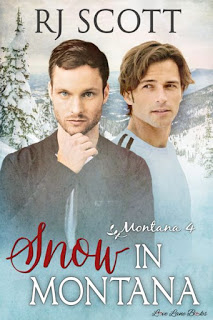 This was originally written for Amber Kell's Birthday Bash and was posted on her blog, just incase you missed it there…I hope you enjoy this short story set after A Cowboy's Home and before Snow In Montana (out Wednesday).

The Sullivan Family – Jay and his sister Ashley, along with Ashley’s children Kirsten & Josh

Their story unfolds against the chaos that overtakes the ranch, with Adam regaining memories that terrify him and make him look at Justin differently, and Justin leaving the ranch to make things right. Only through trusting in love and friendship can Justin and Adam learn to look to the future instead of letting the past destroy everything. But will they ever see clearly enough to do that? And will Crooked Tree Ranch settle back into its usual Montana tranquility?