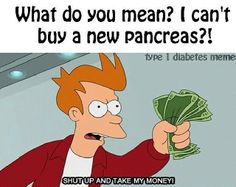 I remember back in 1989 my husband, Steve, asking my mum if it was okay to propose to me. He's awfully sweet like that (looks pointedly at any boyfriend of Briony's) and it made my mum's year… LOL… Of course she said yes, if you've met Steve (and I know a lot of you have in GRL and Munich) then you'll know he's a pretty cool guy.

She only had one concern (well, apart from the fact he wasn't a millionaire, which I think she'd been holding out for) and that was the fact he was a type 1 diabetic (diagnosed as a teenager, his pancreas had just died 🙁 ).

We didn't know a lot about diabetes in our family. MS yes, cancer yes, heart attack, yes, asthma, yes… but no diabetes. We also didn't have the Internet and to us diabetes was as exotic (and as scary) as a tropical disease.

So, to cut a long story short we married in August '92, and there I was, married to a type 1 diabetic. There were hypos, there were hypers, there were emergencies with insulin, but in the 26 years we've been together Steve has only been hospitalised once, so the dramatic stuff hasn't been the kind to have him in hospital, it's been the smaller problems that have dogged him. Insulin that doesn't work, old style needles he used to use way back that stuck, sickness bugs that throw his control off, a few eyesight issues. But he is also a runner, and is fit and healthy, and diabetes is as much a part of our lives as autism is now.

He injects several times a day, tests his sugar more than that, and he's found creative ways around what he can and can't eat. Luckily he doesn't have a sweet tooth anyway, but he does love crisps (chips for the Americans among us!).

He's recently changed his diet. He read a book about small injections, small carbs, etc, and is a different man.

He's going more or less carb free, and as such his injections are smaller, which means less swings, and no more high readings before bed because he was scared of hypoing.

And hypo's, wow, let me tell you, as an outsider they are fucking scary as shit. They can be funny as well because sometimes a hypo just makes you seem drunk (next time you see him, ask him about the naked sock incident), then others make you go grey and shaky and so damn low and depressed it's hard for Steve to imagine there is a way out the other side.

Diabetes has changed his world. He wanted to be a farmer, but that was never going to happen, and instead he found computers, he worked in the financial district in London, commuting four hours a day, he supported the IT for an old investment bank, and he managed all of this while diabetic. He's a very strong person although he never sees that in himself. 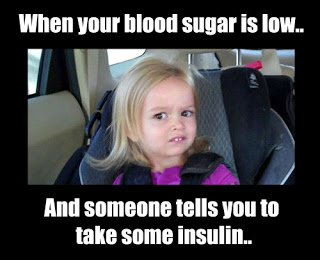 I didn't realise that November was diabetes month, perhaps I am more
caught up in Autism month (April) to think about diabetes. After all,
diabetes is something everyone knows about. Right?

I
couldn't be more wrong. Seems like the emergence of so much type 2
diabetes (often late onset, where the body is becoming immune to
insulin, often age and weight related), means there is a lot of crap floating
around about diabetes. The social awareness is that overweight =
diabetes, and I think Steve finds that concept hard to swallow. Every
article on obesity uses the word diabetes somewhere and this connection
is insinuating its way into public consciousness.

What is diabetes? from Diabetes UK