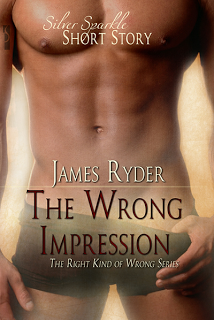 Welcome to James Ryder who has his first book out with Silver Publishing available 9 June.


Ben Garrett might have got it wrong about his former High School bully, Corey Donovan, who now regrets the past and wants to be friends. But when sexual attraction shatters their tentative truce, Ben wonders if the wrong impression might have been the right one after all.

Getting roped into writing essays for his former High School bully is the last thing Ben Garrett anticipated doing at college. Corey Donovan is an arrogant, privileged jock. And to make matters worse, he's hot as hell!

To Ben's surprise however Corey wants to be friends…and possibly more? Corey's killer smile and charismatic seduction is impossible to resist. Did Ben get it wrong about Corey? After all, people change, don't they?

But their night of passion comes at a high price. Corey is nowhere to be found and Ben might just have landed himself in a whole lot of trouble with Corey's homophobic frat brother, Teddy Hayman. Was Ben's wrong impression the right one all along?

James also has a book called While He Slept which is available here.

1. tell us about your new book. What came first – the character's story or the idea for the novel?
First of all, thank you very much RJ for giving me the chance to answer a few questions on your blog. It's pretty exciting to be included.
My story is called The Wrong Impression and it’s about a University geek, Ben Garrett, who finds himself attracted to his former High School bully, the handsome jock, Corey Donovan. The Wrong Impression is the first story in a series. I have lots of ideas for these characters I’d like to explore.
I think the idea of what it would be like to find yourself attracted to a former bully came into my head first. What did that mean and how would it express itself. It was an idea that kind of allowed me to take the stereotypical jock and geek and play with them a little, perhaps even subvert the notions we have about them. It also allowed me to write about real sexual tension based on real characters. That was a lot of fun to write. Once I knew who Ben and Corey were, I knew the story could be original and hopefully even a little surprising. My goal was to break down the stereotypes a bit and make these guys real people again – real people with a real connection. Hope I’ve done that.
2. How personal is your writing?
I’d like to think I’m writing characters that aren’t like me at all, but deep down I’m pretty sure that isn’t true. Inevitably I’m creating characters I have some things in common with -I’m a bit of a geek like Ben if I’m honest. Hopefully that makes me a better writer though. That doesn’t make it easy though. I think writing about your desires can be very difficult because you know, people are going to READ THEM. But I got over that pretty quickly. People respond to the truth and it’s surprisingly empowering to know what you like and own it. OK, I’m getting too deep now…
3. Do you plot your stories or write by the seat of your pants?
Both. I feel like if I know my characters really well I can write by the seat of my pants because they are in charge. The characters do what feels right to them. In some cases though I might want to explore a particular scenario, like in The Wrong Impression, where I wanted to explore what might happen if a guy ended up being attracted to his former bully. In practice however, I wasn’t sure how Ben and Corey were going to react to that set up until I started writing. It took a few drafts before I stopped imposing my ideas about how they should behave, before letting them react in their own way.
4. What is your favorite genre?
When it come to M/M I think I like contemporary stories more. I like the element of realism, feeling like the characters are real. There’s nothing sexier than thinking that some of the men in these stories might actually exist. Maybe that’s just wish fulfilment on my part. Don’t judge me.
Next to contemporary I like historical stories. The difficulties of relationships in times when things weren’t necessarily as easy as they are now are always interesting. I mean, who doesn’t enjoy a bit of forbidden pleasure!
The only genre I haven’t explored properly yet is paranormal/vampire stories, but it’s only a matter of time before I do. Silver have some great titles that have grabbed my attention. They’ve been added to my ‘to be read’ list. That list is getting longer every time i visit the Silver website. 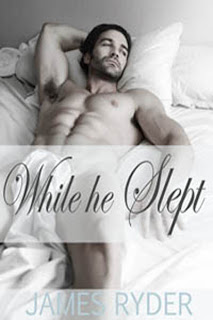 5. Where do you get most of your ideas?
Ideas come to me mostly when I’m either travelling on the bus, or when I’m about to fall asleep at night. Of course when the latter happens I should turn on the light and write it down, but unfortunately I rarely do that. Some ideas have been lost to sleep as a consequence, never to be retrieved. When ideas do find a space in my head however I like to let them incubate for a while. Sometimes I have to think about a character for a while to let them develop and acquire a history etc. When they’re ready to be comitted to paper they let me know.
6. What room is your favorite to write in?
I love writing any place that’s quiet. Annoyingly quietness is hard to find sometimes. I like to leave the house though and go somewhere to write sometimes too. That way it’s more like going to a job. And then of course you get to enjoy going home at the end of the day having put in a hard day at the laptop. At present I’ve got into the habit of going to a local coffee shop which has comfortable sofas, wireless internet and strong americanos. I don’t need much else.
7. What is your favorite place for thinking?
I divide my time between the town and the country but the countrside is the best place to think. The countryside is where I’m from and there is nothing better than tramping over the fields first thing in the morning with my dog, just going over story ideas, planning the next chapter, trying out dialogue, or even just thinking about the world in general. Walking is vital. It clears the mind and fills the lungs with fresh air. Ideas come easier when you create room in your mind for them. Wait, it just occurred to me that wandering the countryside with fictional people talking to me makes me sound crazy…
8. Who was your favorite childhood author?
As a child I read a lot. I was shy so reading was perfect for me. I remember racing through a lot of Enid Bylton’s Famous Five series and loving them. I can also remember enjoying The Secret Garden, Black Beauty, The Wolves of Willoughby Chase, among many others. One of the authors who really stayed with me is Roald Dahl. I loved pretty much everything he did. Especially The Witches. Such a vivid, scary story. I’ve even watched the film version of it recently and still found it brilliant and kinda scary.