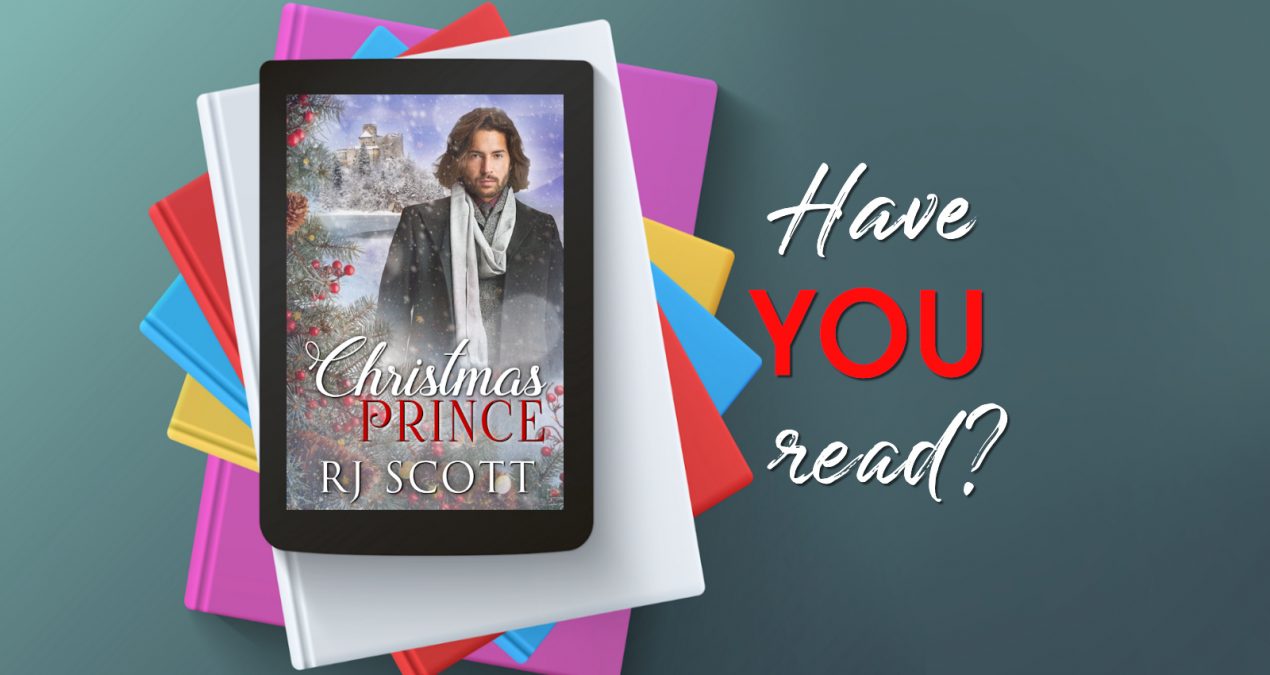 Have you read? – Christmas Prince

“Christmas Prince is the perfect modern day fairytale romance. A touch of magic in amongst everything you would expect at the festive season, and a few surprises too.”

“What a wonderfully whimsical book. It really is the stuff that dreams are made of, a lovely Christmas story, with a fairy tale feel to it. Set in a quaint castle, Christmas snow and a handsome young prince, who takes a fancy to a commoner… The Christmas spirit oozed from the pages. I adored the epilogue, so perfect and uplifting.”

“Magical romance and Christmas wrapped up in one story. Between the story, the characters and, a magical angel this is the perfect way to put yourself in the holiday spirit.”

The love story of a lonely prince, the man who steals his heart, and the magic of a snowy castle at Christmas.

Labeled as a playboy Prince, Raphael has done many crazy things in his life but commissioning a new museum to employ a stranger as a curator may top them all. For him, the game began in London when he outbid Marc at a Sotheby’s auction, but what started as a misguided attempt at flirting ends when Marc confronts him and tells him home truths that cut deep. No one has ever stood up to Raphael before, and it’s enough to have him questioning his role as the youngest son of an ancient royal family. He wants to be a better man, and if he happens to fall in love on the way there, then that’s just perfect.

The threat of losing his job means this could be the worst Christmas of Marc’s life. Not only has he been outbid on a piece of history to a prince with more money than sense, but his career at the British Museum is now on the line. When the same prince offers him a dream position, his first instinct is to refuse out of principle, but he knows he can never turn down being part of a team that reveals centuries of hidden history. His professionalism turns to horror when he discovers that he’s not part of a team at all and that Raphael—call me Rafe—is determined to shadow his every move. Hours alone in the castle archives start frosty, but when the ice melts, the magic of Christmas could lead to love.

Christmas Prince is a standalone, opposites attract, Christmas M/M romance with a lonely prince, a stunning castle in the snow, a touch of magic, and a beautiful happily ever after.