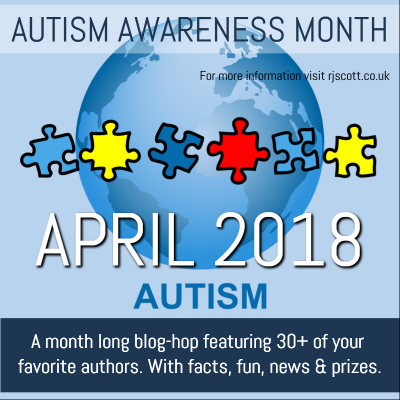 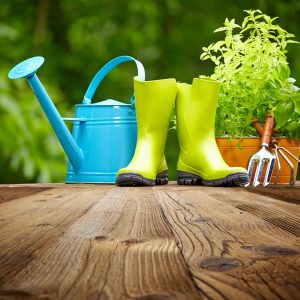 Hello and welcome to my post for the Autism Blog Hop.

The hop is now in it's fifth year, and I am so pleased that my author friends have jumped in and supported me with this whole thing. Thank you to Rachel as well who has taken a lot of the administrative parts from me this year. Which leaves me with just having to write the blog post for my day, the 1st April. Given that I am writing this on the 31 March you can tell I need organizing!

This years theme is *hopes and dreams*. I chose this because Matt has come to a very critical point in his life. He is just about to finish school – a wonderful school that nurtures and helps and is a quiet supporting place. He is moving on to college in September. This is a local college and he won't be in the main campus, but in a supported ‘life skills' unit. This will be for three years, and by the time he finishes this I will be 54.

My hope is that Matt becomes more independent with each passing moment.

My dream is that Matt will be happy in whatever path he follows.

We are working hard to encourage his independence – he has his own little apartment in the attic space of our house that has been converted for him with his own kitchen, bathroom, study area, and bedroom. He buys his own food, cooks all his own meals. He walks miles each week around town, he is able to use a bus, and a train, but only on limited journeys. His sense of danger is still terrible – I didn't talk much about this at all on-line but he was hit a glancing blow by a van a while back – I still think about this every day. Every moment he is out of our sight we worry, but we have to try our hardest to give him the possibility of a future where he doesn't rely on us. Scary, I know.

In all of this we just want him to be happy.

It's all you can hope, for any child.

I am not really one to share a place to donate, but Matt attends a wonderful therapeutic center two times a week who do amazing work with people and their mental health. This place is a lifeline for Matt and others with autism, along side other adults and young adults who need peace and thinking time.

You can donate here: https://make-a-donation.org/charity/lindengate

If you make a donation large or small, please email me and I will send you a free e-book as a thank you. 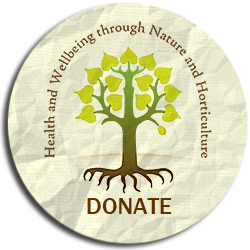 Prizes and lots of chances to win – simply comment on this blog post with your hopes and dreams. This doesn't have to be about children, or autism, it can be frivolous, or serious. Also feel free to ask me questions about autism, either on here, or via email rj@rjscott.co.uk

How did we know Matt had autism? 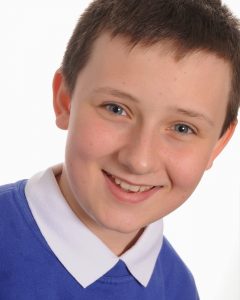 That is a really interesting question. To the left is a picture of Matt taken in 2016.

The first thing you'll notice about Matt is that he doesn't look any different to a *normal child*. He looks like a normal, ‘neurotypical', child.

He wasn't born with a label, or a physical manifestation of what was going on inside his head. His birth was a good one. Easy even compared to the pre-eclampsia I had with my first baby. He was born a healthy 8lb3oz and his scores straight away for the normal stuff were perfect. We were out of hospital in less than a day.

B and M were both good babies. Both slept through the night more or less straight away and M was a greedy baby who finished every bottle (unlike his sparrow like sister!)

B was the last of my antenatal group to walk and she loved sleeping, she's lazy like her mum! But Matt was climbing out of his cot at eight months, and walking at nine months. He was a determined little boy but he was prone to tantrum type crying and he wouldn't listen to the word *no*.

By the time he was one he was copying his dad (who worked with computers at the time) and he would take a screwdriver and poke it into electric sockets. Not good as you can imagine. LOL.

Physically he was normal, on the 75th percentile and growing well; but his fascination with vacuum cleaners was just starting. He would stare at them, climb on them, take them apart. If he couldn't get into the cupboard to the hoover he would determinedly try and break in. He would pull at locks and doors and pull and pull until even the strongest locks would give way. Not the locks themselves but the wall, or the wood, around them.

He wouldn't stay in his room for naps, in fact he wasn't that interested in sleeping and naps. To keep him in his room to sleep at night we had to literally block him in his room. The room had to be emptied of everything except his mattress and some toys as he would pull drawers out and pull over cupboards such was the strength he found when he was mid tantrum.

His sister is the best big sister a child with special needs can have. Being the sibling of a special needs child is hard. Really hard. It is also rewarding and loving. But at the core it is far from easy.

In the UK, (and I don't remember accurately at what time – two maybe?), the health visitor is booked to assess child's progress against a set of *normal averages* that could be expected. Matt was off the chart. In a good way he was physically strong. In a bad way he was physically strong. 🙁 He had obsessions, he wouldn't sit still, he wouldn't listen to instructions or learn from mistakes. He was stubborn, intractable, and obsessed. He didn't interact with other kids, nor was he able to take turns or share.

She referred us to a special child psychologist. At this point we felt like the worst parents in the world. What were WE doing to cause this? Were we not strict enough? Was my post natal depression too bad? The questions you ask yourself are terrible like it is YOUR fault that your child is a screaming mess of chaos. There was no peace from it. Ever. I mean, what kind of normal parents lock their child in a room just to get sleep? But we had to, just for our sanity. He would sit and rock a little, and he took to sometimes banging himself on the radiator, luckily for us these early autistic traits went no further.

When we went to the psychologist, I guess Matt was just over two, he was climbing her bookcase to the ceiling. no joke. Hubby was standing there trying to keep him safe, I was in  shock. Then she said one sentence that will live with me forever. She said, “goodness, I don't know how you have managed for so long without help.”

At just over two Matthew was fitting every single tickbox for Semantic/Pragmatic Language Disorder. But he wasn't autistic. He couldn't be. Right?

Then they added the short sentence *with associated social communication difficulties* and that, for want of another explanation is autism.

Matt is the most difficult, most rewarding, intelligent, exasperating, normal, not normal, child ever. He was in nappies (diapers) until he was five and would happily eat frozen food from the freezer such as fish fingers or frozen chicken. (The fridge was eventually locked in the garage!) His intense focus on hoovers lasted until he was maybe 8 ish. His focus moved on ceiling fans (spinning items is a very common thing for autistic kids to focus on) and on Pylons (they carry electric across the fields – not sure what you would call  them outside the UK). Update for 2018, is now growing fruit bushes, and the construction of houses in our town.

He has a high threshold for pain. From being a baby when he fell over he would just dust himself off and carry on. He never looked for sympathy or hugs.

We are lucky. Matt is verbal, although it is sometimes difficult to make sense of what he is saying. He adores Thomas, Horrid Henry and Tom & Jerry. He will often repeat entire episodes over and over and over (and then over again!). He also like bad jokes, watching the inbetweeners, and hugging me.

He is stubborn and selfish in his needs, and then sometimes he isn't (very rarely!). He tantrums and moans and then he has peaceful times and it's like he is ‘normal'.

Matt is in his last year of special school with small classes that caters for kids with a wide variety of disorders including those on then Autistic spectrum. He is 19 this April… and he is mostly happy.

He is very affectionate. Loves his family, and his sister's boyfriend. Loves cats, and holidays, and ceiling fans… he has the most generous heart.

If YOU think your child is different, then the best thing you can do, for you, your family and most importantly for the child themselves, is to seek help and support. The more we understand about Matt and how his brain works, the easier things become. The more he can understand of himself the more he can self regulate.

Because autism is different for every person.