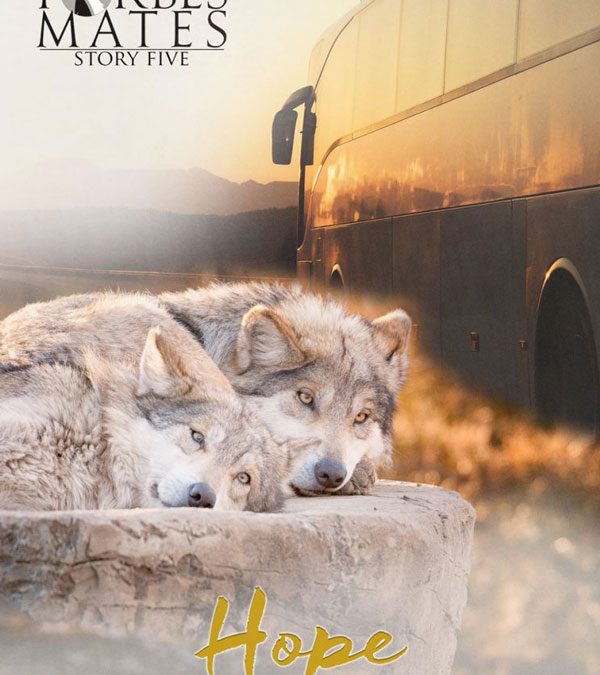 Thank you so much to RJ Scott for being so generous and offering space on the blog!

Hope, part of the Forbes Mates series was originally a story in the One Pulse anthology to benefit the victims of the Pulse shooting and their families. When the anthology call went out, I didn’t hesitate. I bawled over those names. I could barely see Anderson Cooper through my tears as he read them. There was no way I could do nothing. So, I jumped on the chance.

Miguel and Luis, so young and hopeful for the future, basically smacked me in the head with the story. I hadn’t poured the words out that much in a long time. In fact, I had a much harder time not writing the words. They had so much to say, but it was an anthology and I had an upper limit.

The rerelease this month allowed me to add many of those words back in as well as expand in other places that needed it. Thus the second edition of Hope is now out in the world. I hope you enjoy it!

Miguel Garcia and Luis Rodriguez have been best friends all their lives. For the last year, they’ve been hiding the fact that they’re also destined mates. When Luis’s family finds out, they kick him out. Miguel’s family would keep them… except their alpha has been known to be downright violent against gay wolves.

With the help of Miguel’s mother, they set out to find a pack that will accept them. They run into more that a few obstacles before they end up in Denver, at the national wolf headquarters, meeting the alpha prime. They’re stunned to find, not only offers to join more than one pack, but that their struggle can shine light on a bigger problem–and make things better for LGBT wolves across the country.

Hope is available on September 6, 2019 exclusively at Amazon and on Kindle Unlimited.

There is also a giveaway for this release. Details are below.

And check out the upcoming blog tour appearances below!

Grace Duncan grew up with a wild imagination. She told stories from an early age – many of which got her into trouble. Eventually, she learned to channel that imagination into less troublesome areas, including fanfiction, which is what has led her to writing male/male erotica.

A gypsy in her own right, Grace has lived all over the United States. She has currently set up camp in East Texas with her husband and children – both the human and furry kind.

As one of those rare creatures who loves research, Grace can get lost for hours on the internet, reading up on any number of strange and different topics. She can also be found writing fanfiction, reading fantasy, crime, suspense, romance and other erotica or even dabbling in art.