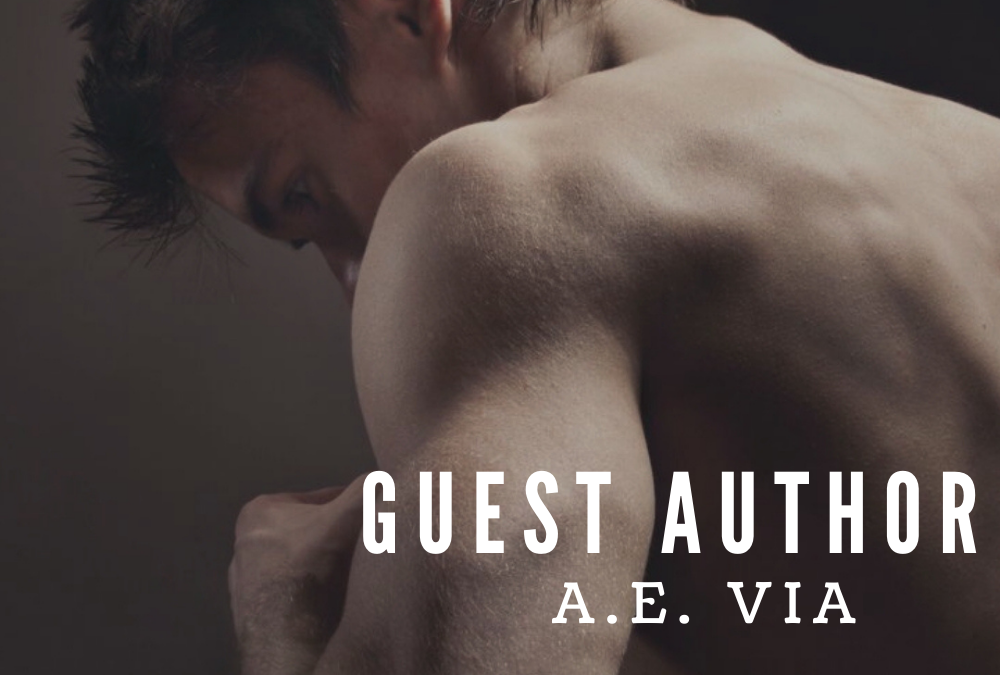 We're closing off Heroes Month with a post from the fabulous A.E. Via.

My name is Adrienne. I’ve been writing MM Romance for eight years under the name AE Via and I’ve become known for my alpha male characters that work rough, play tough and love hard. I’m so freaking thankful that RJ invited me to participate in her blog spotlight on action heroes in romance this month. I’m glad because this has been my niche, my brand, if you will, since I first set pen to paper. Action.

Before I began my career as a writer, I was already head over heels in love with romance novels. I started with MF for many years before I found the light… gay romance. And as I immersed myself in the romance genre, I noticed a trend in the protagonist (in many titles I read), that the characters weren’t living up to the ‘hero-role’ that I wanted them to. For my own personal escapism. Sure, there were HEAs, and sweet moments of realization and character growth… but I wanted that umph! I wanted dominance, action, power, I wanted men that accepted responsibility and stood up to injustices no matter the cause. I wanted to read about real romantic champions.

So, when I came up with my first MM romance, Blue Moon Too Good to Be True, I knew I wanted to write military men, SWAT members, police officers, assassins, all the badassery that I could think of. I wanted to write gay men how I saw them, as strong fighters, and reflect every bit of that heroism onto the page.

I love writing action heroes because not only do they affect me – save me – as I’m writing them, but my characters become heroes to my readers… and sometimes they rescue them as well. And as a writer, that’s the absolute best feeling in the world to me.

The best place to keep up to date with Adrienne is her Facebook Group, A.E.'s Alpha Team

This isn't a romance about billionaires, movie stars, or models. This is a story of two ordinary, working-class men, dealing with life’s real problems, and trying to find love along the way.

It’s been a long seventeen years but Herschel Wood Jr. is finally a free man and he’s looking forward to reconnecting with his old cellmate, Bishop Stockley, who promised him a place to stay and some help getting back on his feet. Wood had a good life once upon time when he’d owned one of the most successful tattoo shops on the Virginia Beach Oceanfront – until a fatal accident that was his fault cost him everything.

Now at forty-six years old, all Wood wants is to work in another shop on the beach and find a mature, easygoing man to settle down with. But when he gets to his new place and finds he has to share the small trailer with Bishop’s childhood friend, he wasn’t expecting a sexy, smart-mouthed brat that enjoys pushing a man to his limits.

Wood pressed in so tight until there was only air and misunderstanding between them, his mouth mere inches from Trent’s parted lips. “You wanted to get a reaction out of me you annoying, immature little shit… now you’ve got one.”

Trent Armstrong has never been considered a catch. He’s a twenty-nine year old laborer, an ex-con, and not the easiest person to get along with. Everyone he’s ever cared for has walked out of his life without a backward glance, so he’s used to the loneliness. His foul mouth and quick temper are a great defense mechanism and a good way to keep unwanted people away.

From the moment the tattooed, silver-haired man walked into the house there had been nothing but tension, side-eyeing, and sparks between them. Trent has always held back a side of himself that he’s nervous to explore, and without warning Wood’s voice, his maturity, that maddening scent, and even his damaged past all trigger feelings that Trent thought he’d buried long ago.

Trent went completely still when Wood dragged his nose over his forehead and down the side of his face. His voice was shaky, and his breaths were hot and swift along Wood’s throat. “What the hell are you doing?”
“I’m doing what you want me to do.” Wood whispered. “I’m playing your bullshit game, Trent.” 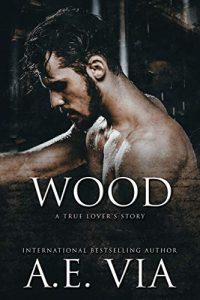