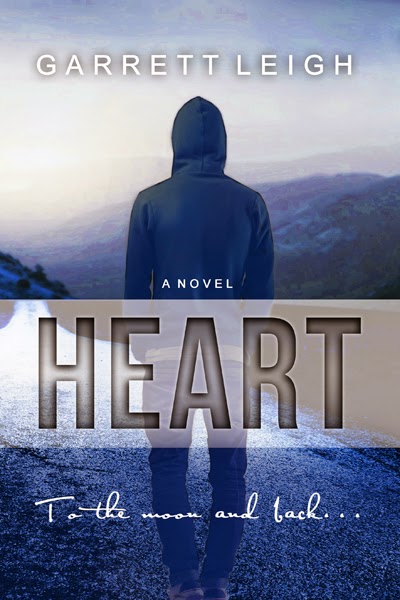 Then one summer, a shadowy Good Samaritan catches his eye. Irish Traveller Dex is bewitching, a beautiful sullen enigma who turns Seb's world upside down until he disappears in the night, vanishing like a mystical summer rain.

Twelve months later Dex is in the midst of a dark storm. A slave to his master, ‘Uncle' Braden, he spends his days cleaning caravans and his nights working in Braden's other businesses. His short summer with Seb seems a lifetime ago.

Lost in the savage violence of the murky underworld, he doesn't dare dream he'll ever find his way back, until one night, a brutal crime opens the door for a chance escape. A new life beckons, old faces emerge, and immersed in the heady vibe of London’s East End, new love begins to heal his fractured heart.

When not writing, Garrett can generally be found procrastinating on Twitter, cooking up a storm, or sitting on her behind doing as little as possible.

Taken from Heart…
Dex never ventured to the front of the shop. Civilized he may have been, but he still looked―and smelled―like the vagrant he was. Instead, when he was done with the cleaning, he invariably turned his hand to packing up the Internet orders Seb had let slide, and it fast became clear he was far better at folding gift boxes and tying ribbons than Seb was, something that didn’t go unnoticed by Nicole.

“Is it me, or are you getting much better at this?” she said one day, holding a box up to the light. “Your boxes usually look like a five-year-old packed them.”

Seb scowled but averted his gaze. He’d neglected to tell Nicole about his regular evening visitor. In fact, he hadn’t told anyone about Dex at all. Distracted, he glanced at the clock. It was nearing 5:30 p.m. and closing time. Time for Nicole to leave and Dex to arrive. Without answering her question, he sent her home and locked the front door, trying to ignore the familiar bubble of excitement in the pit of his stomach.

Because, vagrant or not, and despite Dex’s often sullen silence, there was no denying the growing attraction Seb felt. His shock of angelic hair, his shrewd, intelligent eyes. Even his grubby, nail-bitten hands haunted Seb’s dreams.

Sometimes he thought he imagined the invisible current between them. The half smiles, the lingering looks. The zap of energy when their hands brushed. Other days, he allowed himself to become convinced Dex felt it too. After all, it wasn’t the crappy sandwiches that kept him coming back. It couldn’t be. No one liked Marmite that much. Seb drifted to the kitchen to make Dex’s supper and wondered how he’d feel today.

And wondered, and wondered, as, long after the shop was clean and ready for the next day, the sandwich and obligatory bag of Hula Hoops lay on the counter, untouched.

For the first time in weeks, Dex hadn’t stopped by.