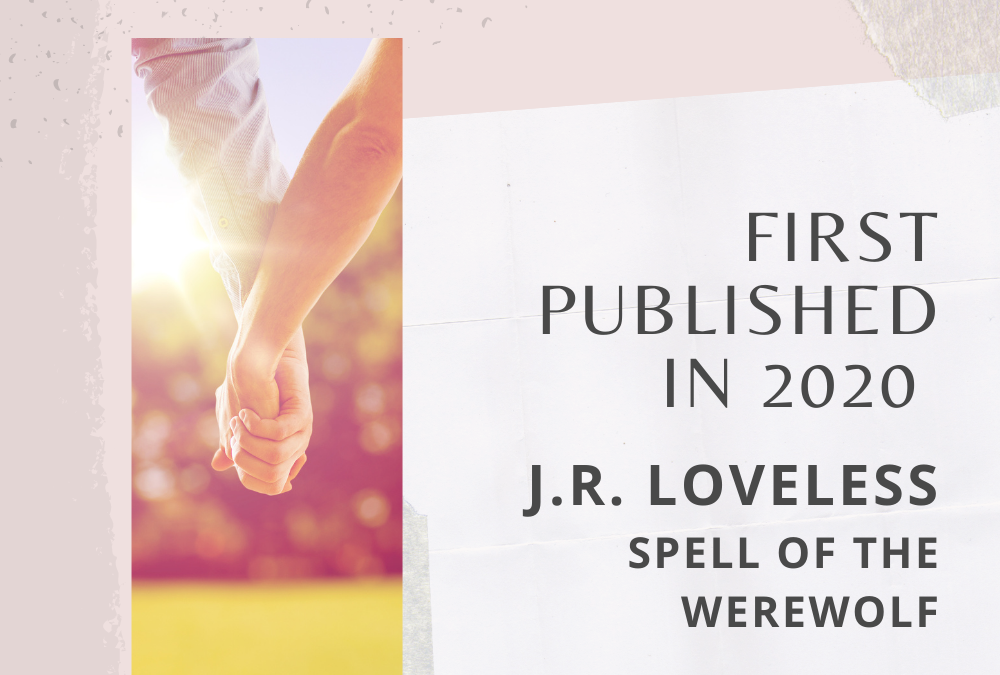 Hello, all! A big thank you to RJ for allowing me to share this with you today. For those who are not familiar with my work, my name is J.R. Loveless and I have been writing gay romance since 2005, but officially published in 2010. My works primarily consist of paranormal though I do also have some contemporaries in the list as well.

There’s been a lot going on this year as we all know, but the brighter side for my own situation it has allowed me to find the time to get back into my writing fully. I’ve recovered four of my novels from my previous publishing house and re-released them under my own steam. I released a new novella in May of this year called Spell of the Werewolf and I will be releasing another later this year end of November/beginning of December.

I actually wanted to share an exclusive excerpt with you from my novella Spell of the Werewolf and talk about Halloween. This month has always been my favorite month because I adore Halloween. The scary decorations, the costumes, the trick or treating (not my own, of course), and the movies they typically play during this time of year. How many of us watch scary movies to get us in the spirit during October? I know I do.

Spell of the Werewolf is right in that alley, in my opinion anyway, lol. The werewolves in my story are monsters, not cuddly shifters with mates, and they spend a lot of time dicing up one of my main characters quite often. Oh, but there is a HFN at the end! Rest assured my characters are never left without their own HFN or HEA.

***Giveaway***
I like to do giveaways because it’s fun, for me and for the winner! I am offering up a $20 gift card to Amazon for the giveaway and all you have to do to enter is sign up for my website updates which includes Blog Posts and my Newsletter. Don’t worry, I don’t spam and I never sell anyone’s information. In addition to the possibility of winning the gift card, every person who signs up for my site receives a free friends to lovers novelette called White Rain as a thanks! So you’ll get something no matter in this giveaway! Head over to www.jrloveless.com and enter your name and email. (I’ll need your name to announce the winner, of course).

The next moonrise might be his last when a werewolf with a death wish crosses paths with a hybrid hunter who wants him dead.

Justin can’t live with being a werewolf anymore. The innocent blood on his hands haunts him every moment despite hunting others of his kind. When a ruthless hunter picks up his scent and is determined to put a silver bullet through his heart, Justin makes a bargain that’ll either end in a cure or his death.

A human-werewolf hybrid, Vincent despises full bloods, wanting nothing more than to eradicate them from existence. He never expected to meet one of the blood thirsty creatures and find himself agreeing to work with him.

Too focused on blood and death, Justin found no time for a relationship in the past two centuries, but he’s drawn to Vincent in a way he’s never experienced. Vincent would gut anyone who accused him of desiring a monster, but he can’t deny his attraction the more he learns about the werewolf he’d intended to kill.

But time is working against them as they work together to destroy a new threat. Will Vincent be forced to carry out his end of the bargain or will Justin find the cure and open his heart to his white-haired hunter?

Please note this book may contain content that is potentially difficult for some readers, but rest assured, Vincent and Justin will find their happily ever after! 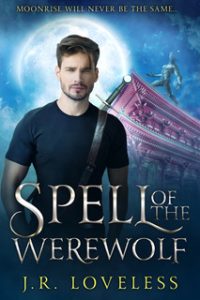 A small noise came from the floor beside the bed, and Justin rolled to the edge to look down at Vincent. Vincent slept on his stomach, face buried in his arms. A soft moan came from Vincent, and Justin wondered what the hybrid dreamed about. Vincent flipped onto his back, and Justin jerked away in shock when Vincent whispered something which sounded suspiciously like his name.

Justin shook his head. Vincent must have been dreaming of killing him. The idea of anything else tripped Justin’s weirded out switch. He spotted his boots and carefully eased off the bed. Stuffing his feet into them, Justin figured his shirt was intact enough to make it home without drawing attention to himself, though the late hour would help. Crossing to the window, he opened it and sat down on the ledge. Easing his body sideways, he slid one leg out and then the other, but the sound of a harsh, “What are you doing?”, came from the darkness behind him, forcing him to freeze partway through.

Turning his head, Justin could see Vincent sitting up with a pissed off expression. “What?” he asked, brows furrowing in confusion.

“You shouldn’t be moving, you idiot.”

“Why? What’s wrong with me moving?”

“Moving too soon before your body has the chance to filter out all of the silver nitrate can cause it to speed through you even faster. It’s a ticking time bomb. Even with the salt in your veins, it takes a while for it to eat away at all of it.”

“I’m fine. I need to get home. Kara is going to be worried.”

Vincent growled and, within a blink of an eye, stood next to him and yanked him back through the window. He tossed Justin on the bed as if he weighed nothing. Justin hadn’t expected the actions and lay there, dumbfounded. In a move which stunned Justin even more, Vincent straddled him, holding him down, his wrists pressed into the bed by Vincent’s hands. He opened his mouth to ask what the hell Vincent thought he was doing, but he stopped any words Justin may have uttered by slamming his mouth onto of his.

A warm, wet tongue thrust deep into Justin’s mouth, and Justin lost all coherent thought, a moan rattling in his throat. He desperately returned the kiss, carding his fingers through the long white hair and tugging Vincent down to cover him completely. Vincent groaned when his body met Justin’s hard length. Their hands were everywhere, exploring anything they could reach. Vincent slipped his leg between Justin’s, pushing against the aching flesh pulsing under Justin’s pants. Justin gasped into Vincent’s mouth and rocked his hips, grinding along the bulging muscle of Vincent’s thigh.

Justin released a guttural cry when Vincent cupped his cock through his jeans and squeezed gently. Then suddenly Vincent was gone. Panting, Justin tried to wrap his head around what had happened, his cock about ready to burst out of his jeans. Vincent stood there, chest heaving, a strange expression on his face. Both their breathing sounded loud in the silence.

Vincent’s sudden movement of grabbing his trench coat and slamming out of the apartment caused Justin to flinch. The abrupt exit left Justin even more confused. Justin stood from the bed, and to avoid any chance of running into Vincent, left through the still open window. He bolted along the sidewalk and mentally berated himself for allowing what happened in Vincent’s bedroom. What the hell was that?

Three Of My Favorite-To-Write Alpha Males