Merry Christmas to RJ and all her readers!

I love a Christmas film – the cheesier and more sentimental the better. Here are some of my favourites.

The Family Stone – I love the concept of Sarah Jessica Parker being thrown into a really liberal family with her less liberal views. It makes for comedy awkward gold. Plus, the chemistry between her and her boyfriend is so obviously wrong that it’s inevitable what happens in the end. Plus, Diane Keaton and a really cute gay couple. And tears and laughter. What more can you ask of a Christmas film?

I adore Love Actually too. I know it’s not Richard Curtis’s best film in many people’s opinions, but for me, it’s perfect. It combines so many linked narratives. It has plenty of very emotional moments – Emma Thompson and Hugh Grant are amazing. Plus Martine McCutcheon as the tea lady at the Prime Minister’s residence is so far fetched and OTT that I can’t but love it I’m afraid. Sorrynotsorry.

Meet Me in St Louis – Judy Garland, the song, Have Yourself a Merry Little Christmas, a musical film, need I say more? Plus, it’s featured in the first Sex and the City Movie, so that’s a double score in my book.

Elf – Will Farrell’s wide-eyed innocence is enough to thaw the most icy of anti-Christmas hearts. It’s such a great fun ride of a film.

What made me write this Christmas novella?

Sometimes when you’re stuck in a situation the best thing you can do is change your environment. I wanted to put two men in unfamiliar surroundings and see what might happen.

Obviously, because I’m a romantic at heart and I love a happy ever after, it’s going to end well, but I can promise you there are plenty of bumps in the road before the men reach their happy Christmas and beyond.

Since I’ve been published in 2013 I’ve written a Christmas story. I love how this time of year can bring out the best in people. How it brings families together and how it’s a great excuse to switch off from work, embrace the cold of winter and stay inside and eat your body weight in food.

Hope everyone has a lovely Christmas and New Year and that you have plenty of time to enjoy new Christmas films, songs and books, as well as some old favourites. 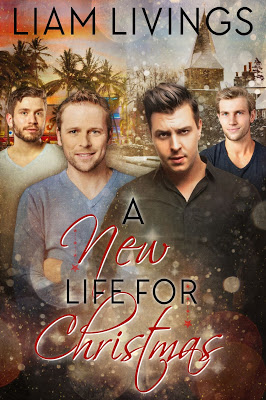 A house exchange between two single men leads to a romantic new life for both of them.

Oliver and Kyle live thousands of miles apart, but each needs a break from his current life and love. Enter the Cloud B&B website, a wonderful new way to exchange homes for the holiday. They both muster their courage, and decide to visit another continent for Christmas.

In the UK, Oliver has been pining after his neighbour for far too long, living his comfortable but quiet life in a town in the New Forest. When his crush moves on in the worst possible way, Oliver is seduced by the chance to stay in fun-loving, sunny Miami.

In Miami, Kyle is a club owning workaholic, who suddenly discovers the man he lives with has been unfaithful. Yet again. As consolation, Kyle is tempted to see first hand the picturebook charm of the New Forest in winter.

Both of them find not just a new setting but a new romance. Oliver makes a big effort to shed his inhibitions and meets a musician, Mark, who plays in the Florida bars, and who may be just as cautious and polite as Oliver in making the first move.

And while Kyle’s trying to come to terms with England’s very different culture—and food!—he’s charmed by Oliver’s best friend Edward, who’s bold and sexy, but secretive.

Will Oliver take the leap of faith and encourage a lover who can and will give the commitment he deserves? And will Kyle find a man who can be loyal and also offer Kyle the family life he needs?

But perhaps more importantly—when Christmas is over, can a new life survive? 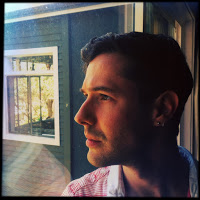 Liam Livings lives where east London ends and becomes Essex. He shares his house with his boyfriend and cat. He enjoys baking, cooking, classic cars and socialising with friends. He escapes from real life with a guilty pleasure book, cries at a sad, funny and camp film – and he’s been known to watch an awful lot of Gilmore Girls in the name of writing ‘research’.

One evening, flicking through the channels, he stumbled across the film, Saving Private Ryan, and it took twenty minutes of not seeing Goldie Hawn in an army uniform, before he realised it wasn’t actually the film, Private Benjamin.

He has written since he was a teenager, started writing with the hope of publication in 2011. His writing focuses on friendships, British humour, romance with plenty of sparkle.

When he’s not writing fiction he runs a manuscript appraisal service, provides marketing support to authors & publishers and ghostwrites other people’s books.