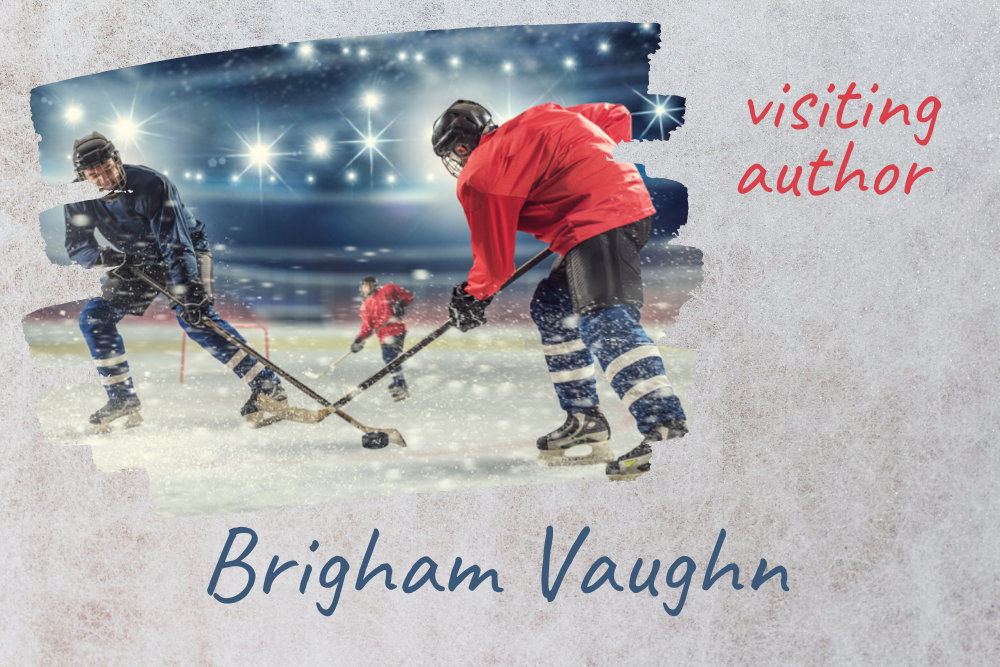 by Rachel Maybury
2741 views
No Comments
0

I probably got some funny looks when I told people I was writing a sports book. I’m not what anyone would think of as a sports person. Other than the odd baseball game my family went to when I was a kid, neither of my parents watched sports. I grew up swimming, downhill skiing, and ice skating but I never played on any competitive teams. I was the drama geek, the band nerd, the smart girl.

And yet, when Nathan waltzed into my brain and told me I needed to tell his story, I couldn’t argue with that. Because this outwardly big, tough college hockey player had a heart of mush, a deep love for his secret high school boyfriend, Caleb, whose heart he broke, and a determination to win him back. How could I not tell that story? I consoled myself with the fact that I didn’t have to know a lot about hockey. Nathan was done playing hockey for the Western Michigan University Broncos and about to graduate college. He wasn’t going pro. I could totally pull it off. But I still found myself googling hockey drills and taking a tour of Lawson Arena on WMU’s campus. Because n matter what I write about, I want to get the details right.

Of course, then Caleb’s snarky fashionista roommate Lowell demanded I tell his story. And he wanted Brent—Nathan s college roommate and teammate—for himself. I sent them on a road trip around Lake Michigan and did a little more hockey research and the guys ended up going to a baseball game, so I scoped out Wrigley Field and watched a metric ton of baseball games (which are actually fairly enjoyable in person but torture on TV).

By that point, I knew I had to tell Micah’s story. He was a side character in both of the first two books and a prickly bastard with dreams of pitching in the big leagues and a hidden desire to just be loved for who he really is. So I hooked him up with his hipster physical therapist Justin and dove headfirst into researching baseball so I could write about a minor league pitcher. I don’t know if I’m proud or alarmed that I can now convincingly argue about designated hitters but several baseball biographies, a tour of the Lansing Lugnut’s minor league stadium, and an in-depth interview with someone who worked there did the trick.

I was sure I was done with the series. “No more sports!” I cried. But a gorgeous picture of a swimmer appeared in my lap and well … who was I to argue with that? Ricky, a hotel manage/drag queen who had appeared in books two and three perked up and said, “He’s mine!” so I did what I always do. Started research. Biographies, documentaries, and interviewing two people involved in the world of competitive swimming filled out Ian’s character, a college swimmer with dreams of making it to the Olympics.

I’m what you might call a reluctant sports book writer but don’t take that to mean I love these guys and these stories any less. They are near and dear to my heart and I truly couldn’t be any prouder of the way the books turned out. They were hard-won stories, both for the guys getting their HEAs and for me, writing sports with any kind of authority. So I’m a little bit misty-eyed as I wrap up this series and say goodbye to my Midwest boys.

I love them and want to thank them for making me love sports a little bit more. 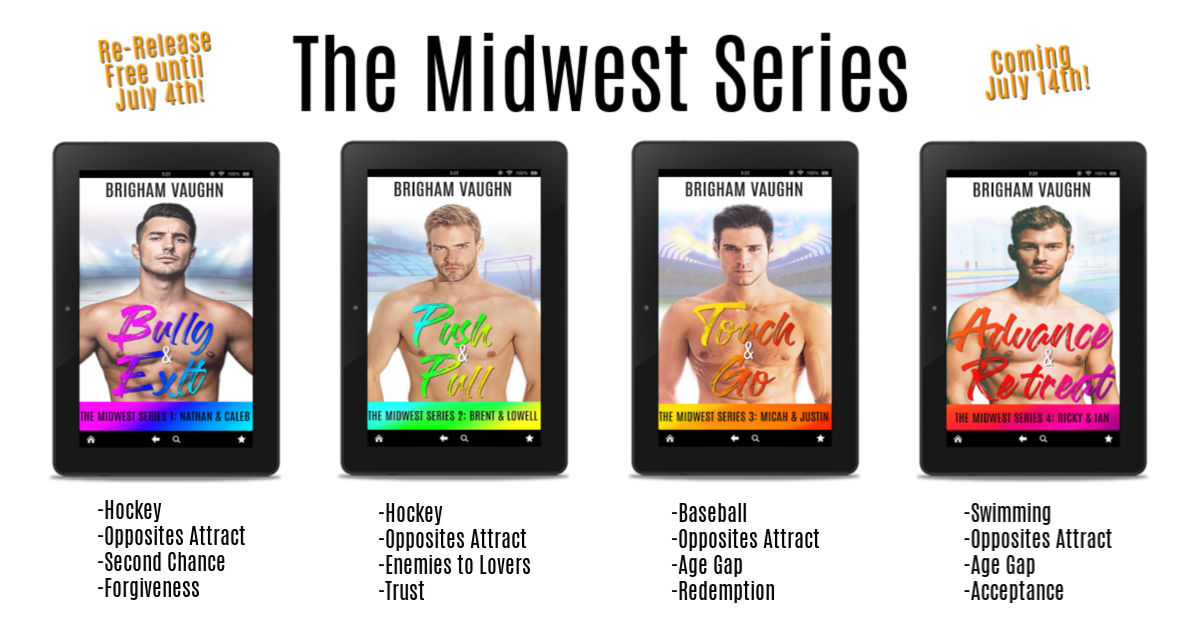 All books are available to read in Kindle Unlimited.