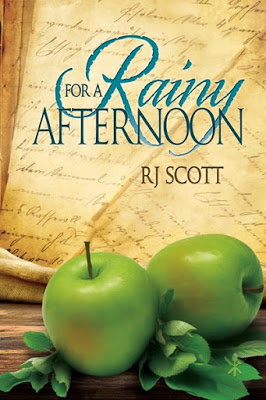 With the German translation of For A Rainy Afternoon out today, I thought I'd give you a little background to the story.

“The first GIs landed on Britain's shores in 1942 and brought with them candy, Coca-Cola, cigarettes and nylon. GIs were reportedly very generous. With average salaries more than five times that of a British soldier and no living expenses to worry about, there was plenty of time for parties. And their generous nature made them alluring to women – around 70,000 British women became GI brides… GIs were frequently described as “overpaid, oversexed and over here”. The GIs retorted and said the British were “underpaid, undersexed and under Eisenhower” … http://www.bbc.co.uk/news/magazine-20160819

Many British women married GIs and emigrated to the US and For A Rainy Afternoon focuses on two English girls who fall in love with GI brothers. As the story unfolds we find out just what decisions needed to be made – whether to emigrate, what about children outside of marriage, would the US be somewhere the English girls would be happy?

The UK was the perfect place for launching bombing raids over Germany and other mainland Europe destinations and there are hundreds of abandoned stations in the flattest of our counties with derelict towers that were once WW2 bases, both US and UK.

Imagine falling in love in wartime, with your lover flying raids, with the promise of death a mere whisper away. Imagine your lover not returning. Your grief is being shared by hundreds of people in the same position, you’re stoic and you hide your own grief for so long that no one ever knows.

Robbie MacIntyre runs a small Post Office made from a converted Station House in a village northwest of London. He is stunned when a close friend leaves him the property as an inheritance after her death.

She owned the shop and has left everything to him. Not only that but she has left the place she lived, Apple Tree Cottage, to an American – a stranger who has recently moved to Barton Hartshourn.

The sealed box that they inherit includes several rare first editions and a cookery book. Only when the secrets of the ingredients in a particular recipe are finally revealed does everything begin to make sense… and a love story that began seventy years ago is finally uncovered.

Love Bytes Reviews – 4/5 – “….This was such an enjoyable short story. Usually I find with short stories that I don’t get enough information to really sink my teeth into a story. But not with this one, R.J. Scott’s writing style is so beautiful and effortless that it captures everything you need to know even in a short story….”

Paranormal Romance and Authors That Rock – 5/5 “….This is a well written feel good story about love and loss and learning how to deal with both. I would highly recommend this story. I am giving this a 5 out of 5 fangs….”

Rainbow Book Reviews – “….This first book in the ‘Tales of the Curious Cookbook’ collection definitely worked its magic on me. Warm, gentle, and with some delicious mentions of wonderful recipes, it is an excellent representative of what I would call “comfort food of the mind”. While Robbie and Jason are the focus of the story, Maggie and the slightly mysterious selection of recipes she passes on to them are characters in their own right….”

Words of Wisdom…from The Scarf Princess – “….RJ Scott's contribution to the Tales of The Curious Cookbook series is a heartwarming one that will make readers misty-eyed but with a smile on their face. When a young Englishman who's always felt a bit lost waiting for something he can't define, meets a carefree artsy American, their unexpected connection brings them together in a sensual journey to HFN that's richly rewarding. Throw in a bit of mystery courtesy of the matchmaking elder Maggie, who recently passed, and you have an entertaining story with a rich atmosphere that fully immerses you into their journey….”

Boy Meets Boy Reviews – 4/5 – “….I would say that to anybody who enjoys a good old fashioned love story then this is a story for you. Warm, moving and romantic, it is a beautiful little read….”

Crystal's Many Reviewer's – “There are wonderful recipes and mentions of food throughout this short tale. This is the kind of book that warms the heart and soul and makes the reader feel good after it’s all over.”

Paranormal Romance Guild – 5/5 “…I don't want to give too much away, but the book involves a long lost love, secrets, M/M sex and a very old cookbook. Why did Maggie leave Robbie the station? Why did she leave Jason the cottage rather than any of her other relatives? A beautiful love story, at times happy and at other times sad.”