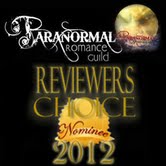 by RJ Scott
232 views
No Comments
0
The Fitzwarren Inheritance, a trilogy of books from three authors.
‘The Psychic's Tale' by Chris Quinton

‘The Soldier's Tale' by RJ Scott

‘The Lords Tale' by Sue Brown


These titles are all available from Silver Publishing, Amazon and others

“I curse you and your children’s children, that you shall all live out your allotted years, and that those years shall be filled with grief and loss and betrayal, even as you have betrayed and bereaved me.”

Four hundred years ago in rural England, a mob burned two men to death, but not before one of the victims, Jonathan Curtess, hurled a dreadful curse at the mob’s leader, Sir Belvedere Fitzwarren. The curse has followed the family through the centuries, bringing grief and loss to each generation.

The Psychic’s Tale, by Chris Quinton

Mark  Renfrew is a closeted psychic and openly gay. When his grandmother discovers a family link to a 17th century feud and a still-potent curse, she insists he investigates and do his best to end it. He travels to the village of Steeple Westford, and meets and falls for Jack Faulkner, an archaeologist. He also meets the Fitzwarrens, who are facing yet another tragedy.

Then Mark learns that the man who cursed them had twisted the knife by leaving three cryptic conditions that would lift the curse, and he knows he has to try to break the curse his ancestor had set.

The Soldier's Tale, by RJ Scott

Corporal Daniel Francis has returned to his childhood home in England to heal; the only one of his unit that survived a roadside bomb.
His reasons for skipping medication are based on a stubborn refusal to become an addict, and he is overwhelmed with survivor's guilt

The Lord's Tale, by Sue Brown


Surrounded by the tragedy of his family's history, the last thing Phil expects is to be picked up by a gorgeous guy twenty feet up a climbing wall.

What scares him even more is the way Lee fits into his life, the final piece to break the Fitzwarren curse.

Share on PinterestShare on TwitterShare on FacebookShare on Email
The Fitzwarren Inheritance, The Lords Tale, The Psychics Tale, The Soldiers Tale
Share :