Welcome to the very first Feature Friday. Every Friday there will be a special guest from the book world, author, reader, narrator, cover designer…if they have something to do with books or publishing, they'll be featured here.

Today's special guest is Joanna Chambers, take it away Jo…

I'm excited to have two releases coming up – the first is Merry & Bright, a bundle of three Christmas I've previously released (now all in one handy place!) – and the second is the audiobook of Beguiled.

Beguiled is the second book in my Enlightenment trilogy, featuring upright lawyer David Lauriston, and hedonistic aristocrat Lord Murdo Balfour. The process of creating audiobooks out of this series has been super-interesting. Most of the characters are Scottish (as am I) and let me tell you, it is *not* easy to find a credible Scottish narrator for any book, much less an emotional MM romance with pretty frank sex scenes! So yeah, long story short? That took some time.

But eventually, I found Hamish McKinlay. Hamish's narration is perfect for these books. He's Scottish himself, so he totally gets the variety of accents I needed. David is an ordinary lowland Scot while Murdo is an aristocratic Scot mostly living in London and his voices for these two characters – and all the other characters – are so perfect I can't even tell you.

But then… there's the intimate scenes *ahem*

The weird thing is, I make a real point of writing frank sex scenes. I put a lot of work into my sex scenes – they're absolutely not filler for me. I don't have tons of them – just a couple in every book – but they're key. I try to bring honesty to them; I try hard to make them feel real and authentic, and most importantly emotional. And I'm not shy about them. At least… not until I have to listen to them, lol!

Oh, it's not about listening to sex scenes generally (big audiobook fan here!) but listening to *my* sex scenes? My words? Each one enunciated In Hamish's wonderful Scottish accent with his rolling rrrrrrrrs and explosive “fucks”? Well, yeah. Kinda makes me blush

What about you? Do you ever get embarrassed listening to, or reading sex scenes? Or do you revel in them? Skim them altogether? 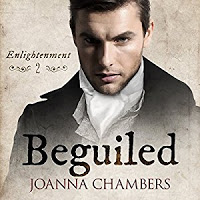 Two years after his last encounter with cynical nobleman Lord Murdo Balfour, David Lauriston accidentally meets him again in the heart of Edinburgh. King George IV is about to make his first visit to Edinburgh, and Murdo has been sent North by his politician father to represent his aristocratic family at the celebrations. David and Murdo's last parting was painful – and on Murdo's part, bitter – but Murdo's feelings seem to have mellowed in the intervening years. So much so that he suggests to David that they enjoy each other's company during Murdo's stay in the capital. Despite his initial reservations, David cannot put Murdo's proposal from his mind, and soon find himself at Murdo's door – and in his arms.

But other figures from David's past are converging on the city, and as the pomp and ceremony of the King's visit unfolds around them, David is drawn into a chain of events that will threaten everything: his career, his well-being, and the fragile bond that, despite David's best intentions, is growing between him and Murdo. 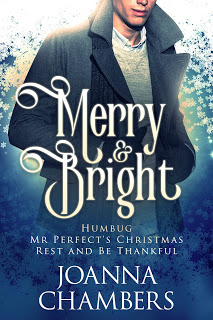 Quin Flint is unimpressed when his gorgeous colleague, Rob Paget, asks for extra time off at Christmas. As far as Quin is concerned, Christmas is a giant waste of time. Quin’s on the fast track to partnership, and the season of goodwill is just getting in the way of his next big project. But when Quin’s boss, Marley, confiscates his phone and makes him take an unscheduled day off, Quin finds himself being forced to confront his regrets, past and present, and think about the sort of future he really wants…and who he wants it with.

Sam Warren’s new job hasn’t been going so well so the last thing he’s in the mood for is the obligatory office Christmas party, particularly since Nick Foster’s going to be there. Nick–the guy whose shoes Sam has been trying to fill–seems to take very opportunity to point out where Sam’s going wrong. But when Sam receives an unexpected Secret Santa gift at the party, he’s forced to question his assumptions about his rival. Could it be that he’s been misinterpreting Nick’s actions all along? And is it possible that his reluctant attraction to Nick is reciprocated?

Rest and Be Thankful

Things haven’t been going well for Cam McMorrow since he moved to Inverbechie. His business is failing, his cottage is falling apart and following his very public argument with café owner Rob Armstrong, he’s become a social outcast. Cam needs to get away from his troubles and when his sister buys him a ticket to the biggest Hogmanay party in Glasgow, he can’t leave Inverbechie quick enough. But when events conspire to strand him in the middle of nowhere in a snowstorm, not only is he liable to miss the party, he’ll also have to ask his nemesis, Rob, for help.

Joanna Chambers always wanted to write. She spent over 20 years staring at blank sheets of paper and despairing of ever writing a single word. In between staring at blank sheets of paper, she studied law, met her husband and had two children. Whilst nursing her first child, she rediscovered her love of romance and found her muse. Joanna lives in Scotland with her family and finds time to write by eschewing sleep and popular culture.

People’s love should not be divided by law – David Cameron, Prime Minister