There are two questions that I get asked the most when people want to talk to me about cover art.

#2 What kind of cover will make me a bestseller?

The first question is easy enough: I’ve no chuffing idea. Sure, there’s books out there I’m super proud to have my name in for any number of reasons—the book sold a ton, the art was on point, or I’ve splashed a family member all over it and have blackmail rights until the end of time (true story). But there’s others that perhaps didn’t set the world alight in sales terms, but are super personal to me. It might be that I’ve used a photograph taken by my SO, or my dad, or that I simply loved the book. And my absolute favourite covers change all the time as new assignments come in.

The second question is far more complicated, and brings us back to the discussion Kellie Dennis and I have moderated at many con panels over the last few years.

It basically boils down to this: Do I have to have a model on my book, nekkid or otherwise?

And that answer isn’t simple either. The obvious one is NO, of course you don’t. It’s your book…have what you like (if you’re indie…publishers have their own rules). But will it sell, they cry? And generally, the consensus seems to be that it won’t…at least, not as well as it might’ve done with a model on the front. (There are exceptions to this general rule, particularly with established authors who have large and loyal readerships).

The model thing seems to be a particular trend in MM romance. MF have the whole Fifty Shades concept cover vibe going on, and thrillers, fantasy etc follow similar patterns. But as romance makes up the main bulk of my business, that’s what I’m talking about right now. Art vs sweaty-gritty-man-titty. It’s a thing.

Go back to the bestseller question, and the answer becomes even more convoluted. Because the market doesn’t run on cover art alone. Reputation, hype, and early reviews all impact ranking, and no cover in the world can disguise a shitty book.

BUT, one of the best tools for gauging what’s going on in the world of cover art is to check out the bestseller lists in the genre/subgenre you’re writing in. You might find that the top ten books don’t fit your book at all, but pick them apart, figure out what they all have in common. Do they have models? Plain fonts? Certain colours that crop up more than most? Make notes.

A cover alone won’t give you a bestselling book, but it’s often the first thing readers see. Do you want to stand out from the crowd? Or blend in and get caught up in a rush for a certain type of book?

There are no right answers. 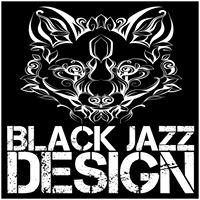 Garrett's debut novel, Slide, won Best Bisexual Debut at the 2014 Rainbow Book Awards, and her polyamorous novel, Misfits was a finalist in the 2016 LAMBDA awards.

Garrett is also an award winning cover artist, taking the silver medal at the Benjamin Franklin Book Awards in 2016. She designs for various publishing houses and independent authors at blackjazzdesign.com, and co-owns the specialist stock site moonstockphotography.com with photographer Dan Burgess.